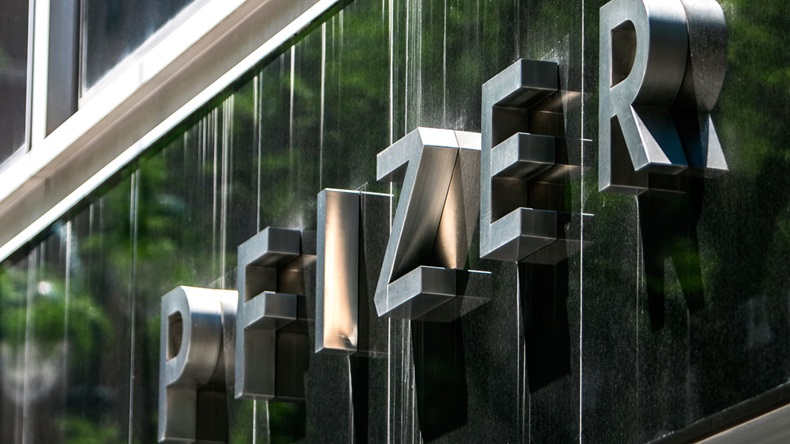 Pfizer Inc. is in the biosimilar market for the long game, despite the commercial challenges it has faced with its first biosimilar to launch in the US – Inflectra (infliximab-dyyb). That was the message the company's Essential Health leadership set out during a briefing on the company's biosimilar strategy at Pfizer's New York headquarters April 10.

Hwang previously was global president and general manager of Pfizer's Inflammation & Immunology business, experience that suits her well now as Pfizer tries to get Inflectra off the ground in the nascent market for biosimilars in the US. Inflectra, which launched in late 2016, was the first biosimilar version of Johnson & Johnson's Remicade (infliximab) to launch in the US. (Also see "Pfizer Will Support Inflectra Launch With Dedicated Sales Force" - Scrip, 14 Nov, 2016.)

The early challenges Inflectra has faced have put a spotlight on what could be a big road block to the commercial uptake of biosimilars in the US. With no interchangeability requirements for biosimilars in the US, brand drug manufacturers have the leverage to simply lower the price of their drug and negotiate preferred formulary access with payers for the brand product, which has substantially larger volumes and thus larger impact on payers' budgets. J&J has taken a hit on sales of Remicade in the last year because it is offering higher rebates, but it has effectively blocked Inflectra from the market. (Also see "Payers Like Biosimilars, But Rebates Remain The Bottom Line (For Now)" - Scrip, 29 Nov, 2017.) Inflectra generated $419m in 2017, whereas Remicade generated $6.3bn.

Pfizer has filed a lawsuit against J&J claiming the company's contracting strategy for Remicade is anti-competitive, alleging the company threatened to withhold rebates on Remicade if Inflectra was reimbursed. The outcome of that lawsuit could have implications for future biosimilar launches. (Also see "Pfizer v. J&J Sets Stage For Biosimilar Showdown Over Exclusive Contracts" - Pink Sheet, 20 Sep, 2017.)

Inflectra had a 5.6% share of the infliximab market by volume at the end of 2017, Pfizer said, with about half of that coming from highly-integrated payer systems like the Department of Veterans Affairs and Kaiser Permanente, which have been more receptive to providing access to Inflectra. Aetna Inc. added Inflectra to its commercial formulary effective Jan. 1, and Pfizer noted that it is making slow progress on the market access front.

Regardless of the slow launch of Inflectra, the long-term potential of biosimilars is too large to ignore, Global President-Europe, AfME and Biosimilars Richard Blackburn said.

"We are confident about the future," Blackburn said. That optimism is fueled by the increasing role of biologics in treating patients and increasing health care costs. Biologics are expected to represent global sales of roughly $360bn by 2025, with about one-third of those sales no longer subject to market exclusivity, according to Pfizer.

"As you get into the next decade you start to see the really big potential savings," Blackburn said. "We believe the market will form and we are optimistic."

But the US market for biosimilars is not going to take off without some nudging, he added. "There is a continued need for education," he said. "There's got to be fair and equal access to the medicines … There needs to be a consensus around what is reasonable pricing."

"The sorts of savings that can be achieved in the solid oral generic space will not be achievable in this space, and if that's what stakeholders strive for we will find that companies are unable to make money, and we won't see the successive waves of new compounds coming to market."

Some payers have pointed out that one reason Inflectra has not been able to overcome the market access barrier is because the price is simply not low enough, though Pfizer disagrees with that view. The average sales price (ASP) of Inflectra in the US is about 17% lower than Remicade. Average sales prices are what drug manufacturers report to the Centers for Medicare & Medicaid Services for drugs reimbursed under Medicare Part B and reflect the average prices including rebates and discounts.  Pfizer also talked about offering discounts on the wholesale acquisition cost (WAC) of Inflectra of 25% to 40%.

US Biosimilars General Manager John Kennedy insisted the price of Inflectra is not the issue, since Pfizer has seen strong uptake of Inflectra in the closed payer systems that are reimbursing the drug.

"Anti-competitive tactics like J&J's exclusionary contracting need to be stopped," he said. "I'm convinced there is very significant long-term potential for biosimilars in the US, but now's the time to make sure there is a market that is receptive to them."

Pfizer is an early leader in biosimilars, a position it acquired with the $17bn deal to buy Hospira Inc. in 2015.  (Also see "Hospira Bulks Up Pfizer’s Established Products Unit, But Won’t Speed A Split" - Pink Sheet, 9 Feb, 2015.) Hospira had amassed one of the largest biosimilar pipelines in the industry at the time in part through a collaboration with South Korea's Celltrion Inc., which gave it rights to several biosimilar drugs, including Inflectra. In addition to Inflectra in the US, Pfizer also markets Nivestim, biosimilar filgrastim, and Retacrit, biosimilar epoetin, in Europe.

Pfizer has a biosimilar version of Roche's breast cancer blockbuster Herceptin (trastuzumab) pending at the US FDA with action anticipated in the first half of 2018, and two other applications, for biosimilar Epogen (epoetin alfa) and Neupogen (filgrastim), that have been filed with the agency. The Neupogen application was accepted by FDA in November, while Pfizer resubmitted the Epogen application in November after receiving a complete response letter from the US regulator. Four other biosimilars are in late-stage development: Humira (adalimumab), Rituxan (rituximab), Avastin (bevacizumab) and Neulasta (pegfilgrastim). Five undisclosed biosimilars are in preclinical development, Pfizer said.

Humira is considered a golden ticket of sorts, given that AbbVie Inc.'s anti-TNF is the top-selling drug in the world six years running. The big question is when a biosimilar could enter the market, however, given AbbVie's strong patent estate on Humira. The company has settled two patent disputes now with Amgen Inc. and Samsung Bioepis Co. Ltd. that pave the way for biosimilar entry in Europe in October 2018 and in the US in 2023. (Also see "End In Sight: Humira Stacks Up 20 Years Of US Market Exclusivity" - Scrip, 5 Apr, 2018.)

End In Sight: Humira Stacks Up 20 Years Of US Market Exclusivity

Payers Like Biosimilars, But Rebates Remain The Bottom Line (For Now)