Drug makers are embracing different strategies on the pricing issue as the industry marches closer to a confrontation with President-Elect Trump over the cost of medicines. 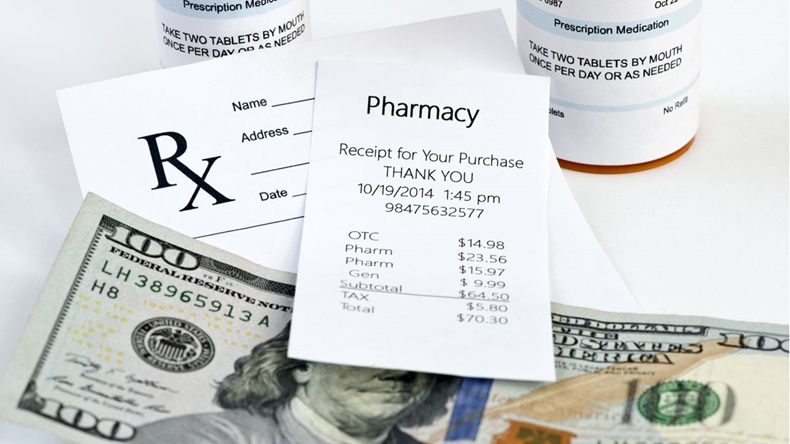 As President-Elect Donald Trump’s rhetoric on high drug prices intensifies, industry is scrambling to build a strong defense to counter his attacks. While most biopharmaceutical companies readily acknowledge problems within the US drug-pricing scheme, leaders are highlighting different issues.

The topic was front and center during the J.P. Morgan Healthcare conference Jan. 9-12 in San Francisco, but the debate appears to be fracturing as the discussion moves beyond industry’s long-held defense that high prices are a fair reward for investment in the high-risk field of drug development.

Trump, in an interview with the Washington Post published Jan. 15, said he plans to force pharmaceutical manufacturers to negotiate drug prices directly with the US government. Lower drug costs will be an important element of his plan to reduce US health care spending and provide insurance for every American, he said, although he did not provide details.

The comments follow on a similar refrain from Trump’s first press conference as president-elect Jan. 11, when he characterized the pharmaceutical industry as “getting away with murder.” (Also see "Trump Throws Pharma A Curve Ball On The Third Day Of J.P. Morgan" - Scrip, 12 Jan, 2017.) In the latest interview, Trump also said he would consider targeting individual companies on Twitter to put public pressure on them to lower prices – a strategy he has relied on to address jobs in other sectors.

Drug pricing was poised to be the single biggest commercial issue facing the industry in 2017 even before Trump’s recent comments. It was a central theme during the J.P. Morgan meeting, but drug makers appear to be taking different tactics to address the pricing issue rather than presenting a single straightforward message to the public and legislators. Indeed, some industry leaders say that in a complex and highly differentiated business like pharmaceuticals, a unified message isn’t practical or necessary.

But industry may have thought it would have more time to hone its message and show US legislators it could police egregious prices and price hikes without government intervention. The fact that Hillary Clinton lost the election to Trump seemed to like a reprieve on the issue, at first, though industry understood it might still be a target of Trump’s populist rhetoric.

Trump, Congress And The Search For Common Ground On Drug Pricing

Trump’s ideas for curbing drug pricing have support in Congress but not among those in power; Republican leaders, including the president-elect’s choice for HHS secretary, Tom Price, have long opposed government negotiation in Medicare.

Now, Trump has signaled the pressure is most certainly on, but there still are plenty of questions that remain about the president-elect’s plans when it comes to price controls and what might realistically change under the Republican-held Congress, since Republicans have traditionally opposed price controls. Industry’s biggest concern – allowing the Department of Health & Human Services to negotiate drug prices directly with manufacturers on behalf of the Medicare Part D program – would require changes to the law that established Part D, and has been found to have little impact by the Congressional Budget Office. (Also see "Trump Makes A Nasty News Day For Pharma – But What Will It Really Mean?" - Pink Sheet, 11 Jan, 2017.)

Even if actual legislation changes don’t come to pass, drug manufacturers are going to want to have their talking points in order. After all, the best defense is a strong offense – and pharma may have already missed out on that opportunity.

One strategy gaining ground is the singling out the “bad actors.” Calling out industry players when they don’t act responsibly is a good way to raise awareness among the public that not all companies are the same. The problem is that there are very few drug companies that have created a public scandal of such large proportions that its own peers are willing to call them out. They are companies like Turing Pharmaceuticals AG and Valeant Pharmaceuticals International Inc., both now under new management, and Mylan NV.

Pfizer Inc. CEO Ian Read singled out Turing, Valeant and Mylan in comments on pricing at the World Economic Forum in Davos, Switzerland, Jan. 18. “There are two pharmaceutical markets,” he said. “There’s an ethical market, where people do research and price responsibly. There’s another part of the pharmaceutical market that are generic, and they don’t do that.”

“Most of the problem for the reputation is coming from people who I don’t consider part of the ethical pharmaceutical industry,” Read added.

The role “bad actors” play in swaying public perception against industry was raised frequently at the J.P. Morgan meeting. In one instance, during a drug-pricing panel held as part of the conference, PhRMA CEO Stephen Ubl pointed out that none of the aforementioned companies are members of PhRMA, singling them out from other pharmaceutical manufacturers that are part of the big pharma trade group.

Drug-pricing scandals like those created by Turing after it jacked up the price of the mature HIV medicine Daraprim (pyrimethamine) or Mylan after it steadily raised prices on EpiPen certainly don’t help industry’s reputation problem. (Also see "Biotech Walloped On Clinton Drug Price Controls Threat" - Scrip, 21 Sep, 2015.) However, high-profile scandals like these aren’t so widespread that curbing them presents a broad opportunity for cost reduction either. (Also see "Mylan CEO Takes Center Stage To Address EpiPen Pricing Scandal" - Scrip, 5 Dec, 2016.)

Annual double-digit price increases (and what have even been biannual increases) also seem to be fading as industry sharpens its focus. More companies at J.P. Morgan called out differences between the public’s and payers’ growing dissatisfaction with industry’s practice of steadily raising prices on mature medicines versus prices for new innovative medicines at launch.

Regeneron Pharmaceuticals Inc.’s Leonard Schleifer, for example, called out his peers for regular price increases and even criticized companies that have pledged to limit price increases to under 10%, but go on to raise prices by 9.9%.

“The value hasn’t changed, and we aren’t fooling anybody,” Schleifer added. Regeneron hasn’t raised prices on any of its drugs, he said, though the biotech has a shorter history of marketing drugs than many large pharmas.

Sanofi’s David Meeker, who has substantial experience marketing ultra-high-priced drugs for rare diseases as the head of the company’s Genzyme unit, agreed in an interview that annual price increases are part of the broader problem.

“The biggest thing people are struggling with is the unexplained year-on-year price increase, without a clear demonstration of how you are adding value,” Meeker said. “The overall setting of prices, with rare exceptions, I don’t think is as much of an issue.”

GlaxoSmithKline PLC US President of Pharmaceuticals Jack Baily said the company’s price increases have been at the bottom half versus others in the industry. “That’s very intentional,” he said. “It would be really easy in tough years to creep toward the top.”

Celgene Corp. CEO Mark Alles, in a media briefing, disagreed that the answer to industry’s pricing problems is in more pricing pledges like the ones Allergan and AbbVie have announced. Many of those proclamations have already been in play at Celgene, he insisted.

Plus, he said, agreeing to some kind of standard pricing practice across the industry could even be illegal. “What everyone wants is this agreed-upon approach. It’s illegal. Pricing can’t be fixed,” he said. “We cannot do as an industry what we are hearing people want to do. Every company needs to have a principled approach.”

One challenge for pharma is the way prices are negotiated with payers, so that the publicly available wholesale acquisition cost is not the actual price paid for a drug. Rebates made by drug companies to payers in exchange for good placement on formularies are shrouded in secrecy. The result is that while the system makes for good competitive bargaining against rivals, it leaves the public in the dark about how much drugs really cost, how much pharma companies benefit from price increases and where money is being taken out by the system.

As Read said at the World Economic Forum, “Patent-protected prices in the US went up 2.8%. What’s the problem?” But Read is talking about how much net drug prices increased.

There is a push for more pricing transparency by some in the industry. “We cannot talk about one side of this without a comprehensive discussion that includes transparency across [pharmacy benefit managers], insurers, innovators,” Celgene’s Alles said. “Comprehensive transparency means [looking at] why every aspect of delivering a medicine to a patient adds cost,” he added.

Novartis AG CEO Joseph Jimenez also advocated in favor of more transparency during the J.P. Morgan drug-pricing panel discussion. “If we can begin to quantify the impact of the medicines we are bringing to market and then be quite transparent about what Novartis is taking … I think we can diffuse quite a bit of criticism,” he said. “Part of it is people don’t understand how we price and how we get to the value.”

Of all the strategies, outcomes-based reimbursement schemes present the best opportunity for drug makers to tie the cost of a medicine to the value it delivers. While there is growing interest among industry and payers in developing outcomes-based contracts, the process is complex and confounded by issues around defining a value endpoint to measure and a system to collect data. (Also see "The Outcomes-Based Reimbursement Experiment" - Scrip, 8 Nov, 2016.)

“The challenge is that the system is clearly trying to move off this volume-net price to a value-outcomes, and that is really where everything from the innovation you pursue, the evidence you bring to bear with it and how you engage the market is going to be really important,” said GSK’s Baily.

Novartis’s Jimenez, who has experience developing outcomes-based contracts for the company’s heart failure medicine Entresto, agreed. Even if there is not a direct contract in play, industry could do a better job explaining the medical value of drugs, the societal value of drugs and how that informs pricing decisions, he said.

Amgen Inc.’s Robert Bradway told investors that they should expect the company to move increasingly toward value-based reimbursement. “We will be looking to enter into contracts that give us the opportunity to put our money where our mouth is with regard to our products,” he said during the breakout session following Amgen’s J.P. Morgan presentation. And, he said the company will be “judicious” when it comes to price increases this year.

Perhaps the best strategy for pharma will be the one that ties in multiple elements as the industry moves forward under the watchful eye of a new administration.

Trump Throws Pharma A Curve Ball On The Third Day Of J.P. Morgan

Trump Makes A Nasty News Day For Pharma – But What Will It Really Mean?

Dr Reddy’s Gears For Generic Revlimid Run In US, Quarterly ‘Blips’ Aside

Coherus Will Not Alert Filing Of Pegfilgrastim On-Body