Mylan’s proposed $12bn combination with Pfizer’s Upjohn unit is expected to close next month following a settlement agreement with the FTC, with a requirement to address competition concerns in ten markets. The FTC was however strongly divided on the deal, with dissenters labelling the directives of the Commission as “deeply flawed, favoring routine over rigor.” 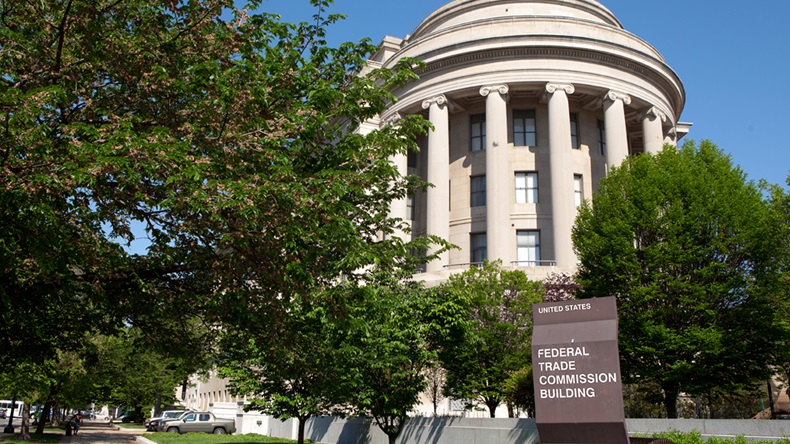 Source: Shutterstock The FTC is once again sharply divided on a huge pharma M&A deal

The US Federal Trade Commission has voted 3-2 in favor of Mylan’s proposed $12bn combination with Pfizer’s Upjohn unit into Viatris, with both parties having now obtained all required antitrust clearances for the proposed transaction, which is expected to close on 16 November.

However, dissenters from the Commission launched a scathing attack on the deal and the broader issue of anticompetitive pharma mergers, insisting that the Commission’s record of reviewing deals and approach of striking “narrow settlements” was encouraging market actors “to propose even more unlawful mergers.”

Pfizer and Mylan serving as defendants in several state attorneys general and private plaintiff lawsuits over alleged generic price fixing was also called into question, alongside the US Department of Justice’s investigation for criminal market allocation and price fixing.

Some 15 months after the combination was first announced, the FTC said it would agree to greenlight the merger under a proposed consent agreement, with Mylan and Upjohn required to address current or future competition concerns in ten generic pharmaceutical markets.

Almost 500 days after the transaction was first announced, Viatris, the proposed combination of Mylan and Pfizer’s Upjohn, is set to receive word from the US Federal Trade Commission, representing the last major obstacle to getting the deal over the line.

A total of seven divestitures to Prasco are required – six from Upjohn and one from Mylan – while for another three products, the proposed order requires Upjohn, Mylan or Viatris to seek approval from the Commission before gaining an interest in or exercising control over any third party’s rights.

Following a 30-day comment period after publication of the consent package, the Commission will decide whether to make the proposed consent order final.

In a joint release, Mylan and Pfizer said the latter firm had set the close of business on 13 November as the record date for the proposed spin-off of Upjohn. “The combination is expected to close on 16 November 2020, at which time the combined company will be renamed Viatris.”

FTC approval remained the last hurdle to getting the deal over the line, with Mylan and Pfizer insistent the merger would complete by the close of the fourth quarter. (For a full breakdown of the transaction’s history, please see the sidebar article).

“The transaction remains subject to the satisfaction of other customary closing conditions,” Mylan and Pfizer pointed out. “The two businesses will continue to operate as independent, separate organizations until close.”

‘No Risk’ Of FTC Blocking An Unlawful Merger

Once again, the Commission has found itself strongly divided on a multi-billion-dollar pharma merger, following ire raised at Bristol-Myers Squibb’s $74bn acquisition of Celgene and AbbVie’s $63bn takeover of Allergan.

As with both of those deals, Democratic Commissioners Rohit Chopra and Rebecca Kelly Slaughter issued a joint strongly-word dissent. And this time around, Republican Christine Wilson, who maintained that the Commission had “thoroughly investigated all cognizable theories of harm to competition during more than a year of review,” called on government “to fix the many problems in this sector that lie beyond our jurisdiction.”

“When it comes to pharmaceutical mergers, I am unable to identify a single instance in recent history where the agency has filed a complaint in federal court seeking to halt a prescription drug company merger,” remarked Chopra, who was joined in his dissent by Slaughter.

“This lack of litigation creates the strong impression that the FTC simply looks to strike settlement deals involving individual product divestitures. Virtually every market participant I have spoken to in this industry believes that there is simply no risk of the FTC blocking an unlawful pharmaceutical merger outright.”

Meanwhile, Chopra called out Mylan president Rajiv Malik, who is set to hold the same role with Viatris, shining a light on state charges related to his alleged conduct in US price-fixing. Mylan has consistently defended Malik and has described the lawsuit as “without merit.”

“Despite the obvious alarm bells raised by Mr. Malik’s planned role in the merged firm, the Commission’s analysis does not discuss his involvement in the ongoing price fixing and market allocation allegations in the industry or his future plans for the company,” Chopra commented. “In my view, the Commission owes the public a clear explanation about Mr. Malik’s role.”

On the broader issue of multiple lawsuits for collusion hanging over both Mylan and Pfizer, Chopra pointed out that in investigating and approving pharma mergers for which criminal activities were alleged, the FTC often acted without other law enforcement partners.

“In all matters the Commission should avoid a go-it-alone approach and collaborate with other agencies to help shed light on the mechanisms involved in the allegations. Together, we should closely assess whether the likelihood of harm increases post-merger,” he insisted

‘The Directives Of The Commission Are Deeply Flawed’

In summary, Chopra expressed concerns that industry executives “routinely propose anticompetitive mergers without any fear that their transactions will ever be blocked.”

“The status quo approach of seeking settlements through divestitures of individual products is myopic and misses some of the fundamental elements of how firms compete in this industry,” he wrote.

Calling for a change of approach, Chopra cautioned that, on the current course, anticompetitive mergers in the pharmaceutical industry “will continue unabated, and we will all suffer for it. I appreciate the diligence of our staff, who work at the direction of the Commission. Unfortunately,” he stated, “the directives of the Commission are deeply flawed, favoring routine over rigor.”

In her statement, Wilson maintained that the Commission’s investigation – which included cooperation with antitrust agencies in Australia, Canada, the EU and New Zealand – “put to rest some concerns and produced grounds for other concerns.”

Negotiations, she insisted, had resulted in “comprehensive remedies to address the potential anticompetitive effects identified during [the] exhaustive investigation.”

Yet Wilson also pushed the issue of pharmaceutical and biological pricing, insisting they “deserve the attention of the American public and the federal government. As I stated in connection with the announcement of the FTC’s settlement with Bristol-Myers and Celgene,” she said, “within its limited civil authority as a competition agency, the Commission vigorously pursues a comprehensive agenda to address anticompetitive mergers and unlawful conduct in the pharmaceutical industry.”

“I continue to encourage those government entities with the appropriate mandates to fix the many problems in this sector that lie beyond our jurisdiction.”

Roche: Most Of Avastin Business In Europe Is Now Gone

What’s Next? Five Things To Look Out For In November