Hikma has launched its US rival to Vascepa, after the US Court of Appeals for the Federal Circuit refused a request by Amarin for an “en banc” rehearing of key litigation. 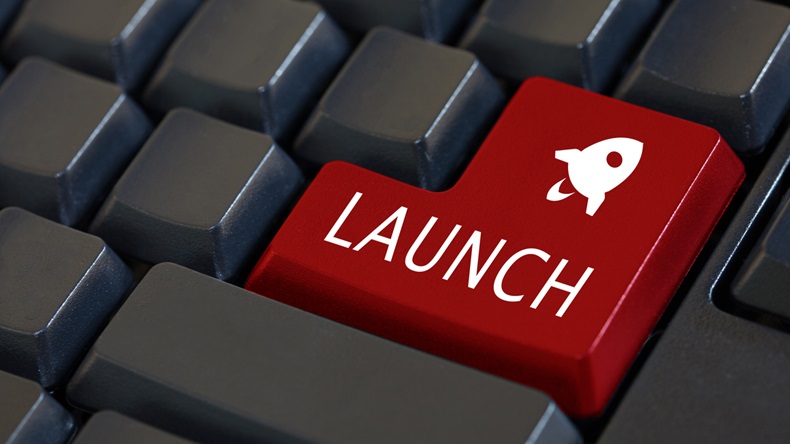 Source: Shutterstock Hikma has pressed ahead with its launch of a generic version of Vascepa

Hikma has launched its US generic rival to Vascepa (icosapent ethyl) 1g capsules after the US Court of Appeals for the Federal Circuit refused a request by Amarin to rehear a case that was decided in favor of both Hikma and Dr Reddy’s in September.

The appeals court had affirmed in September a Nevada district court ruling that Hikma and Dr Reddy’s infringed six of Amarin’s patents covering methods of treating hypertriglyceridemia, but that the patents were invalid as obvious. (Also see "‘Swift’ Vascepa Victory Puts Hikma And Reddy’s In Pole Position" - Generics Bulletin, 4 Sep, 2020.)

Amarin had vowed to appeal the decision and seek a hearing from the full 12-member appellate court. (Also see "Never Give Up: Amarin Will Appeal Latest Vascepa Patent Loss" - Scrip, 3 Sep, 2020.)

Following “a swift resolution of outstanding patent litigation,” Hikma said, “we have accelerated our launch preparations and are now releasing limited quantities of icosapent ethyl to our customers. We are working to increase capacity and expect to be able to provide greater availability in 2021.”

At the time of writing, Amarin had not responded to Generics Bulletin enquiries over potential next steps and Hikma’s generic launch. Neither had Dr Reddy’s responded to queries over plans for its own US Food and Drug Administration-approved generic.

Teva is the only other firm to hold FDA approval for generic Vascepa, in both the 1g presentation and – uniquely – also for generic 500mg capsules. It previously settled litigation with the originator in May 2018, with terms of the deal allowing for a launch from 9 August 2029, similar to an agreement reached with Amarin more recently by Apotex.  (Also see "Apotex And Amarin Settle On Vascepa" - Generics Bulletin, 17 Jun, 2020.)

Brian Hoffmann, president of Hikma Generics, said the launch “once again underscores our ability to put better health within reach every day for millions of people who rely on our medicines,” as well as demonstrating the firm’s “ability to successfully challenge patents and launch complex products, bringing greater value to our customers and patients.”

Hikma noted that its icosapent ethyl capsules were indicated as an adjunct to diet to reduce triglyceride levels in adult patients with severe hypertriglyceridemia and were “not approved for any other indication for the reference listed drug Vascepa.”

Vascepa has been approved as a triglyceride lowering therapy since 2012, but in December 2019 the FDA expanded the brand’s indications to also include reducing risk of cardiovascular events in certain adult patient groups as an add-on to statin therapy. (Also see "Sales Already Growing As Vascepa Secures Cardio Approval" - Scrip, 16 Dec, 2019.)

Hikma had previously underlined that the Federal Circuit’s initial “swift decision” in the case – which had been announced just one day after oral arguments of the appeal were heard – had put it “one step closer to launching a generic.”

CEO Siggi Olafsson had earlier in the year speculated on the possibility of Hikma launching its Vascepa generic “at risk,” telling Generics Bulletin that the firm would not “close any doors, we always keep that option open. We would obviously take the best decision in the interests of Hikma and the patients at the end of the day.”

Announcing the launch, Hikma said that “following an earlier than expected favorable court ruling, Hikma has accelerated the launch of its icosapent ethyl capsules in order to quickly provide patients with access to this important medicine.”

“Initially, Hikma will be releasing limited quantities to ensure a consistent supply for customers,” the firm indicated. It added that it was “working to scale up manufacturing and increase availability as soon as possible.”

Amarin president and CEO John Thero had previously suggested that “if generics launch in the US, it is our expectation that they would be launching with limited supply.” (Also see "Amarin Makes Vascepa Generics Prediction And Questions Supply" - Generics Bulletin, 5 Aug, 2020.)

“That doesn't mean that such generic capacity is trivial,” Thero commented. “It’s conceivable that generic companies in the near-term can potentially find supply capacity to support tens of millions of dollars in revenue. However, while such level might be important to the generic companies, and Amarin clearly doesn’t want to give it up, such level would only be a small portion of Amarin's total revenue and even a smaller portion of Vascepa’s potential.”

Olafsson had responded to Thero’s comments during Hikma’s first-half investor call by voicing his own belief that “I don't think supply will be an issue on the generic side,” adding that “I don’t think that’s a limiting factor in market formation.”

The Hikma chief had said it was “interesting that the CEO of Amarin seems to know so much more than I do about the supply of the generics.” Insisting that Hikma already had a supply ready to launch, Olafsson had indicated that “we’re also building the inventory to be able to take a fair market share.”

“We are working to increase capacity and expect to be able to provide greater availability in 2021.”

However, in September Northland Capital Markets had backed Thero’s take, suggesting that the threat to Vascepa from generic competition “will prove to be greatly overstated” as generics players would not have access to sufficient quantities of active pharmaceutical ingredient to pose a significant threat to the originator. (Also see "Supply Chain Constraints ‘Will Limit Vascepa Threat’" - Generics Bulletin, 4 Sep, 2020.)

In a 4 September note, Northland said “we believe that Amarin has secured the majority of existing capacity to produce commercial quantities of FDA-grade icosapent ethyl,” adding that “we estimate the costs associated with building-out of capacity to produce commercial quantities could easily exceed $500m due to the complexity of the separation and purification technologies necessary to insure batch consistency, purity, stability, and other criteria.”

This made it “economically infeasible for a contract manufacturing organization to take on without material contractual commitments from generic entrant(s).”

“Simply put,” Northland concluded, “we believe that even with potential generic competition, we anticipate Vascepa to retain the lion's share of the market.”

For his part, Olafsson had been reluctant to comment on Hikma’s expected market share during Hikma’s first-half results call, suggesting that much would rest on the actions of other ANDA sponsors.

“Also, we need to keep in mind that there is plenty of API suppliers today,” Olafsson pointed out. “When Amarin was originally developing this product, there was a limited supply. Whereas today, there’s much more supply of the API than Amarin had in the beginning. So I think that is a very different situation.”

Hikma Expects Generics To Hit A High In 2021

Never Give Up: Amarin Will Appeal Latest Vascepa Patent Loss

Apotex And Amarin Settle On Vascepa