Novartis has long championed the idea of making Sandoz an autonomous unit within the Swiss originator while stopping short of carving out the business altogether. Rumors continue to swirl around a potential deal, which was discussed during the recent virtual Meet Novartis Management event. 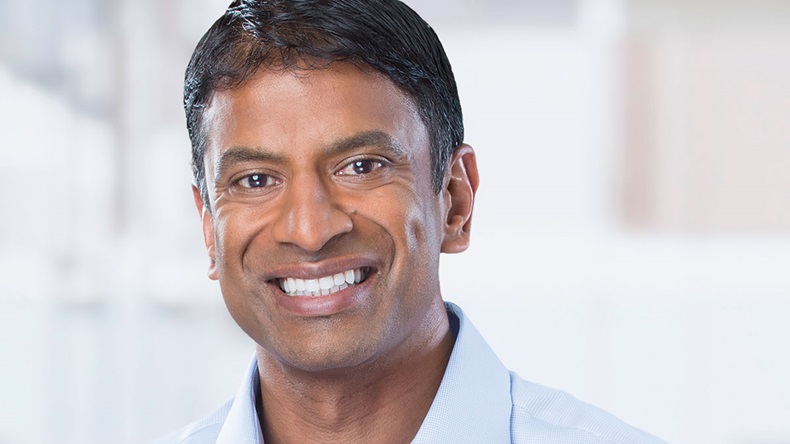 Source: Shutterstock Novartis CEO Vas Narasimhan has been consistent in his message on Sandoz

Novartis continues to have no plans to spin off its Sandoz unit, amid further moves towards autonomy for the generics and biosimilars division, including the recent carve-out of Sandoz’ manufacturing operations.

There has been “no change on our perspective on Sandoz as part of Novartis,” the Sandoz parent’s CEO Vas Narasimhan underlined, speaking at the recent virtual Meet Novartis Management event.

“Our goal is, as I have said, to build a very strong Sandoz business,” Narasimhan maintained. “We have, with Richard [Sandoz CEO Richard Saynor] and his team, a very strong focus in being a leading generics player.”

With one investor pointing out that Novartis appeared to be sharing much more data on Sandoz than previously seen, pondering whether this precluded a strategic transaction, Narasimhan maintained that this was merely the result of Novartis now having “a lot of clarity on the strategy.”

It is far from a new topic for Novartis, which last year showed its appetite to achieve greater focus on higher-margin, innovative medicines by spinning off its Alcon ophthalmology unit.

At the beginning of 2019, following his appointment as CEO of the Swiss giant, Narasimhan revealed plans to make Sandoz an autonomous entity over the next 18 months “that is able to compete as an independent unit within Novartis.” (Also see "Autonomous Sandoz Set To Be Tighter And Leaner" - Generics Bulletin, 6 Feb, 2019.)

But the man tasked with driving that strategy, Sandoz CEO Richard Francis, resigned shortly thereafter, leading rumors once again to swirl that Sandoz could follow Alcon, despite Narasimhan’s repeated claims to the contrary.

‘No Need’ For Sandoz To Be Self-Funded

For now, Novartis continues to distance itself from suggestions of a carve-out, pushing the message of greater autonomy and flexibility for Sandoz, while keeping it as a key part of the Novartis group.

“Vas and I both talk about ‘pragmatic autonomy’,” Saynor told investors during the four-hour meeting, repeating the phrase he used during an exclusive interview with Generics Bulletin last year, shortly after taking charge of Sandoz. (Also see "Saynor Seeks To Take Sandoz Back To Basics" - Generics Bulletin, 4 Nov, 2019.)

“There’s a number of areas across the business that Sandoz has the decision rights in terms of where it needs to make its own call,” he said, noting that the supply chain was a “very good example,” as well as “things like tech, IT and digital platforms and, clearly, our pipeline decisions.”

Fueled by a pipeline of more than 15 biosimilar candidates, Sandoz is aiming to treble the size of its $2bn global biosimilars business by 2030, targeting the US, Europe and Japan. Management spoke at length about the firm’s achievements and prospects during a meeting of parent Novartis’ management.

“But equally, we’re part of a global organization, and there’s many parts of that that still we can leverage, whether it’s talent development, compliance, framework quality. The list is long,” Sandoz’ CEO remarked.

“I think what we try to do is be very clear about what we need to make decisions to run this business effectively and compete at a global scale,” Saynor commented. “And I think the business is moving in that right direction.”

On the other hand, Saynor maintained that it would be “foolish not to take the best of what Novartis can give us, in terms of our operational efficiency and benefits in terms of purchasing power and leverage. It’s not a black-and-white answer. It’s ultimately, we get what we need, and we leverage what we can.”

Pressed by an investor on whether Sandoz was autonomous from a capital point of view and, if not, whether it ever expected to be “entirely self-funded,” Sandoz’ chief financial officer, Philippe Deecke, underlined, “I don’t think that’s needed.”

“We are fully integrated with Novartis when it comes to capital allocation. I think that as long as we are with the Novartis group, I think we are part of the capital allocation of Novartis. And I think it’s a good thing,” Deecke insisted.

Nevertheless, Sandoz continued to deliver “very strong cash flows” for its parent, between 15% and 20% of sales, “depending if you count some of the extra costs that we had this year,” Deecke disclosed. “I think it’s a very strong cash flow for the generics division.”

Sandoz Targets 40 First-To-File Opportunities In The US

As Narasimhan outlined, Novartis’ key strategic goals for Sandoz include achieving a profile that delivers low-to-mid single digit revenue growth; with core margins and core returns on sales in the mid-to-high 20s.

“We’ve been able to deliver important margin expansion in terms of the core return on sales out to 2020. And a lot of that was driven by outstanding execution in the core gross margin,” Narasimhan noted.

Reiterating Sandoz’ goals on return on sales, Novartis’ CEO disclosed that “some of that will be network optimization, as well as our continued mix shift to biosimilars, which will create a better overall positive mix dynamic.”

With a greater focus on biosimilars in the next decade, driven by a pipeline of 15-plus candidates, Sandoz aspires to treble the value of its $2bn biosimilars unit to a $6bn operation by 2030. (See sidebar article)

“We’re also continuing to invest in our small molecules portfolio, where we’re on track now with 40 first-to-files in the US by 2024,” Narasimhan revealed. “We’re improving our coverage of loss-of-exclusivity in Europe and in the US, but also trying to focus in key areas of specialty generics, such as oncology and respiratory.”

“With Sandoz, we have the building blocks, we believe, over time, to build that leader in generics that can consistently deliver growth with excellent profitability.”

Sandoz Champions Stability As It Returns To Growth In Q2

What’s Next? Five Things To Look Out For In January

Autonomous Sandoz Set To Be Tighter And Leaner