Hikma CEO Siggi Olafsson has outlined the potential future opportunity that the firm sees in the US biosimilars market, in the second part of an exclusive interview with Generics Bulletin. 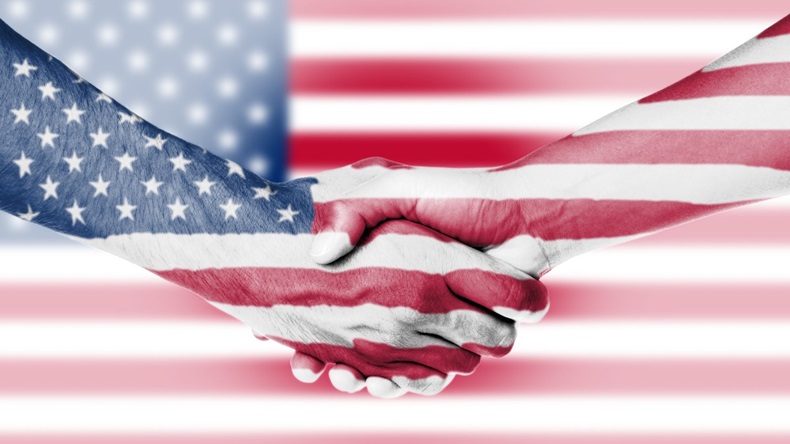 Source: Shutterstock Hikma could be a “great partner” on US biosimilars, Olafsson believes

Recent developments in US biosimilars have led Hikma to re-examine the opportunities in the market with a view to potentially pursuing commercialization partnerships, CEO Siggi Olafsson has outlined to Generics Bulletin in the second and concluding part of an exclusive interview.

Having already described the key factors underpinning the firm’s US generics business – including the latest updates on the firm’s Advair (fluticasone/salmeterol) and Vascepa (icosapent ethyl) generics (Also see "Hikma’s Olafsson Offers Latest On Advair And Vascepa Rivals" - Generics Bulletin, 9 Mar, 2021.) – the Hikma chief executive also shed light on the firm’s biosimilars strategy, which currently is built around a partnership with Celltrion to market the Korean firm’s biosimilars in the Middle East and North Africa region.

“We are a partner of Celltrion in MENA, we have approval and we launched Remsima (infliximab) which was the first product,” Olafsson noted, “and now we are launching the next two – Herzuma (trastuzumab) and Truxima (rituximab) are the next two products that we are bringing to the market in MENA.”

“And I think our experience in MENA has been fairly good,” he summarized. “What I mean by that is that we understand what the doctors are looking for [and] we are giving them that information. But also in many of the MENA markets, the market itself has expanded enormously when we have introduced our product. So we are delivering products to patients that couldn’t afford the brand before.”

Illustrating the point, he noted that “in Iraq and also in Morocco – two very different markets for sure – the market has grown more than 50% by introducing the biosimilars. So clearly there was a need there.”

But as well as the firm’s existing biosimilars interests in the MENA region, Olafsson said, “we always keep an eye on the US.”

“I think Coherus has done a good job on pegfilgrastim, I think Teva is doing a good job on rituximab. So really I think now the industry has started to understand what it takes to be more successful in the US.”

“I have said that 18 months ago I wasn’t too keen on the US,” he acknowledged. “I wasn’t sure what the recipe would be for a successful launch of biosimilars in the US.”

With the introduction of biosimilar rivals to Remicade (infliximab) from late 2016 onwards, he described, “Pfizer was there, Merck was there, and it really never took off, there was a relatively low market share on that product.”

“But then we have also seen success stories,” Olafsson indicated. “I think Coherus has done a good job on pegfilgrastim, I think Teva is doing a good job on rituximab.” (Also see "Teva CEO Schultz: ‘Proof Is In The Pudding’ For US Biosimilars" - Generics Bulletin, 18 Jan, 2021.) “So really I think now the industry has started to understand what it takes to be more successful in the US.”

“So we are analyzing the situation,” Olafsson acknowledged, stating that it was “unlikely that we would join commercial action before 2023, simply because there are so many companies that have announced that they are going to play in the next few products.”

“But after that, we have a very open mind. I think we could be a great commercial partner with somebody. This would probably be more of a joint venture or something like that. We are not so much looking for acquisitions. But somebody that has strong development and manufacturing, we could maybe step in and help on the commercial side, regulatory affairs, and on the intellectual property front for these products.”

So while there was “nothing in the short-term I think that will change in the US market for us,” Olafsson said, further in the future “there could be a win-win in this situation. We are keeping an eye open.”

Moving on to another possible deal in the form of an acquisition being explored with GlaxoSmithKline to potentially acquire certain GSK businesses in Egypt and Tunisia, Olafsson was quick to point out that the initial discussions around the transaction had recently been revealed only due to Egyptian regulatory requirements, and it was “too early” to discuss the potential deal in any detail. (Also see "Hikma Opens Discussions To Acquire GSK Businesses In Egypt And Tunisia" - Generics Bulletin, 26 Jan, 2021.)

“Basically the announcement was made because GSK had to announce to the Egyptian stock exchange that they were letting us in to do due diligence,” he explained. “We have just started our due diligence, so there is no deal certainty in any way or form. Even an offer hasn’t been made for the assets. So it’s at a very early stage.”

Pressed on how the GSK units could align with Hikma’s existing interests with its branded business in the MENA region, Olafsson said “why this could be a good fit is simply that I maintain that one of our inorganic growth drivers in MENA would be to acquire well-known brands in our biggest markets. And Egypt is a tier-one market for Hikma, clearly an important market, and we have been growing well in that market. And GSK have very strong brands in the region. So I think that’s probably where I can link it to our strategy.”

“But there is no deal certainty in any way or form,” he emphasized, “and a lot of work has to be done before we could even comment on the asset.”

Finally, moving on to Hikma’s injectables business – which Olafsson noted “grew 10% on topline and 12% on operating profit” in 2020 (Also see "Hikma Proves Resilient In 2020 Despite Some Bumpy Launches" - Generics Bulletin, 1 Mar, 2021.) – the chief executive summarized the company’s fortunes over the course of a year that had been significantly affected by demand fluctuations linked with the coronavirus pandemic.

Conceding that “2020 was obviously a challenging year, just from the movement in demand,” Olafsson pointed out that the company had monitored 11 specific molecules that were commonly used in intensive care units during the first wave of COVID-19, and had been able to see “how the demand changed on a daily basis, especially in March-April and into May.” And “then it went down again and there was a smaller spike whenever you had a spike in COVID positive cases.”

“So the demand for these drugs is not going to repeat itself. We don’t expect that going forward.”

“Our expectation now is that if we get vaccinations up to speed – and it is encouraging to see where we are – that elective surgeries will get back to normal sometime this year, and that will be a tailwind for this year.” But on the other hand, he said, “maybe you could say that the extra demand of COVID-related product [seen last year] is a headwind compared to 2020, because we don’t expect that” in 2021.

“I think all the injectables companies in the US have really tried to step up, to maintain the service level, and to try to reduce the shortages in the market.”

Also, he highlighted, despite the turbulence of the past year, Hikma had succeeded in executing a series of launches from its injectables business. “We managed to launch 10 products even with all the demand movement. Included in that was propofol which we brought to the market, we have nicardipine ready to use bags, we have daptomycin.” (Also see "Hikma Outlines Strategy For Coping With COVID-19 Demand" - Generics Bulletin, 13 May, 2020.)

“All of these are fairly big products that we didn’t sell a lot of in 2020, but usually in the second year you have a little bit more momentum. So we feel that is one of the tailwinds that we are experiencing in the market.”

And in general, Olafsson noted, the injectables market was now “in fairly good shape in comparison to many times before, even though we have been going through this pandemic,” especially judging by the number of products listed as being in shortage.

“As of the middle of February, there were 100 injectables on the shortages list,” he said. “But prior to the pandemic, this number was closer to 120. So there hasn’t been an adverse impact on the overall shortages.”

“I think all the injectables companies in the US have really tried to step up, to maintain the service level, and to try to reduce the shortages in the market, because we know that’s one of the most important things for our customers.”

Hikma Raises Expectations For 2021 After A Host Of Launches

Hikma Has A First With Labetalol Launch In US

Hikma Introduces A Pair Of US Injectables

Hikma Proves Resilient In 2020 Despite Some Bumpy Launches