In an exclusive interview, Samsung Bioepis’ head of clinical research, Il Sun Hong, tells Generics Bulletin how the company managed to put itself at the head of the pack in the chase for biosimilar Eylea (aflibercept); and how the biosimilar can coexist with biosimilars to Lucentis (ranibizumab), which may debut later this year. 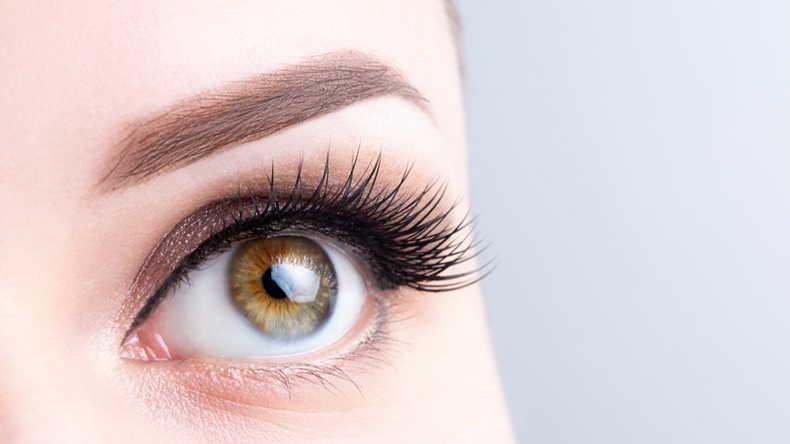 Source: Shutterstock Biosimilars to Lucentis may launch this year, with Eylea biosimilars expected to follow in 2023.

Samsung Bioepis has expressed confidence that upcoming biosimilars to Lucentis (ranibizumab) do not weaken the ophthalmic opportunity for biosimilars to Eylea (aflibercept) further down the line, as the Korean firm celebrated completing patient recruitment for its Phase III clinical trial for the firm’s SB15 biosimilar aflibercept candidate.

Samsung Bioepis was among the fastest patient recruiters and had enjoyed success bringing down costs by efficiently managing the development process, the company explained.

“For clinical trials, especially for ophthalmology product development, it requires a huge amount of cost, and much of that cost is related to time, so shortening the timeline of development would directly influence the overall development cost,” Hong noted.

“However, it’s not just easy to shorten the timeline, because we still need to maintain a certain level of quality, meeting the European Medicines Agency, US Food and Drug Administration and good clinical practice standards.”

To get around this quandary, Samsung Bioepis had spent “a lot of time and invested in the planning stage,” Hong underlined, “so that we can have a more efficient clinical trial design, and also optimal number of patients, and optimal country selection where clinical trial is conducted.”

Meanwhile, Hong explained, Samsung Bioepis had also placed emphasis on its contract research organization partnership. “Usually, the majority of development cost is for outsourcing cost, so we actually spent quite a significant amount of time to find the right CRO partner, who can deliver as per our expectation. We usually engage them at the early stage and build up the close collaboration together.”

Together, these two factors “enable us to shorten timeline while maintaining the good quality standards,” and ultimately “reduce the overall development costs,” Hong underlined.

With Eylea data exclusivity in the US set to expire in November 2023, Samsung Bioepis intimated that the biosimilar market is likely to form around that time but would not commit to a firm date, especially with regards to potential intellectual property-related matters.

Nevertheless, biosimilars to Eylea are set to be among the first in the ophthalmology space, after Lucentis biosimilar products potentially roll out in the second half of this year. Samsung Bioepis in November last year announced its SB11 ranibizumab candidate had been accepted for filing by the FDA, shortly after claiming the first filing in the EU. (Also see "Samsung Bioepis First To File EU Lucentis Rival" - Generics Bulletin, 6 Oct, 2020.)

An 11 March note from Evercore ISI Research’s Josh Schimmer forecasts Samsung Bioepis is in the running to obtain FDA approval in 2021, although Hong underlined: “Regulatory decisions are up to regulatory agencies, and thus we are unable to comment on expected approvals.”

Celltrion has announced that its latest biosimilar development project is progressing to Phase III trials, with its aflibercept rival to Eylea following recent advances for the Korean firm’s denosumab, omalizumab and ustekinumab candidates.

Biogen, which forms one half of the Samsung Bioepis joint venture with Samsung BioLogics, is to handle commercialization rights for both SB11 and SB15 in the US, Canada, Europe, Japan and Australia. (Also see "Samsung Bioepis Adds To Biogen Collaboration" - Generics Bulletin, 7 Nov, 2019.) The US firm already markets the anti-TNF biosimilars Benepali (etanercept), Flixabi (infliximab) and Imraldi (adalimumab) in Europe.

Pointing to combined annual sales of more than $796m dollars in 2020 for the three products (Also see "Biosimilars Rise Is Cold Comfort For Biogen As Tecfidera Competition Bites" - Generics Bulletin, 4 Feb, 2021.), Hong noted that Biogen was increasing its investment in the ophthalmology field ahead of the launches in the coming years, “in novel drugs as well as biosimilars.”

The extra resources “will enable Biogen and Samsung Bioepis to have an edge in this increasingly competitive ophthalmology market,” Hong maintained.

Following the initial struggles experienced in the US by the first biosimilars for inflammatory diseases like infliximab, the later oncology biosimilars have more than taken off, evidenced by Amgen’s Mvasi (bevacizumab-awwb) biosimilar at the end of last year overtaking Roche’s Avastin as the leading bevacizumab product. (Also see "Amgen’s Mvasi Biosimilar Overtakes Avastin In The US" - Generics Bulletin, 4 Feb, 2021.)

“Based on our experience with immunology and oncology biosimilars, we think that education is pretty much critical to increase acceptance of biosimilars by payers, doctors, physicians, prescribers, and patients,” Hong stressed. (Also see "Samsung Bioepis Calls For Improved Education On Biosimilars" - Generics Bulletin, 17 Dec, 2020.)

“Biosimilars are very new to ophthalmologists,” she acknowledged, “and we plan to increase communication with healthcare professionals to help them understand the scientific rationale of the current approval pathway, biosimilar pathway, how a biosimilar is developed and the benefits of biosimilars.”

With more than 30 million patients living with retinal disorders, “only a small number of patients have access to current treatments,” Hong noted. “While the molecule market size is increasing, the development and introduction of biosimilars [could] increase the market size for ophthalmology/retinal disorders.”

Given the significant opportunity and addressable market size, a number of companies have biosimilar aflibercept candidates in their pipelines, including Celltrion, which recently announced that its CT-P42 biosimilar had entered Phase III trials.

And Korean firm Alteogen is also preparing a Phase III trial for its ALT-L9 candidate, having recently declared that formulation patents granted in the EU, US and Japan, along with a pending process patent, may offer the company a “first-mover advantage.” (Also see "Alteogen Eyes First-Mover Advantage For Eylea Biosimilar" - Generics Bulletin, 8 Mar, 2021.)

“The two products, Eylea and Lucentis, have been prescribed to patients for over ten years, and rather than competing against each other, each molecule has its own market share and market segmentation.”

But also driving the US-based firm’s decision was the belief that its ranibizumab product candidate, which is being developed by Formycon and its licensing partner Bioeq, would be able to take share from the aflibercept market also. (Also see "Formycon And Bioeq Offer Ranibizumab Update" - Generics Bulletin, 2 Mar, 2021.)

High development costs, upwards of $200m, were also cited, but more from an internal capital allocation standpoint than a hurdle to getting the product over the line.

“We intend to do very well with our Lucentis biosimilar in that market. Although there’s a $2bn Lucentis market now, [there’s] an additional $4bn Eylea [market]. We consider that whole $6bn market to be available to us,” chairman, president and CEO Denny Lanfear told investors during the recent Barclays Global Healthcare Conference.

“When looking at the opportunity to spend $200m with Eylea and enter a $4bn market in 2025,” he continued, “we’d already have beaten the Lucentis market by that time. And [that] would go down to perhaps a $2bn market by 2030,” he forecast.

Putting Coherus’ exit from biosimilar aflibercept to Samsung Bioepis, Hong commented, “The two products, Eylea and Lucentis, have been prescribed to patients for over ten years, and rather than competing against each other, each molecule has its own market share and market segmentation.”

“So, it’s based on physician preference, or sometimes price, the financial benefit, or depending on disease state of the patient. Based on our market intelligence, the two products would coexist in the market,” Hong stated, “and by bringing biosimilars of two products into the market, the market size would grow.”

Amgen’s Mvasi Biosimilar Overtakes Avastin In The US