With a couple of major partnerships and a stable of internal projects, Teva expects to play a role in the “majority of meaningful US biosimilar launches in the next five-to-eight years,” executive vice-president for North America commercial Brendan O’Grady told Generics Bulletin in an exclusive interview. 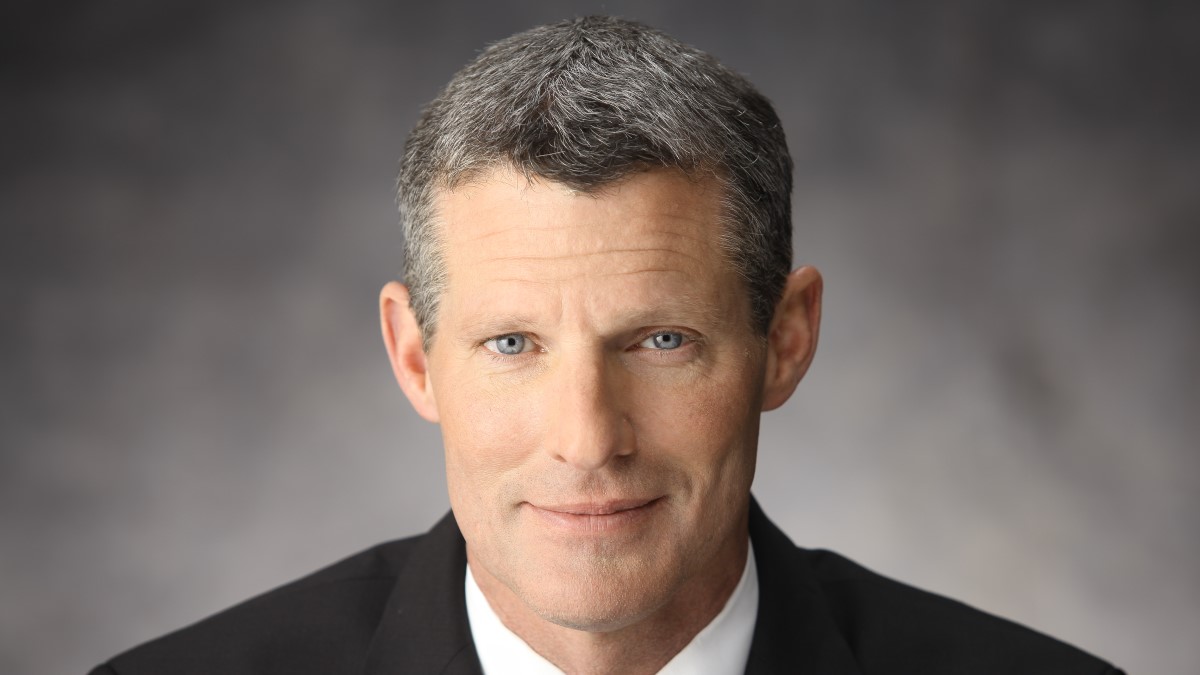 Source: Teva Teva has a "very nice current balance between our own internal projects and our partnerships without a lot of overlap."

In that timeframe, Teva expects biosimilars will have “migrated to be more like complex generics or AP-rated generics,” as automatic substitution comes into play, according to the company’s executive vice-president for North America commercial Brendan O’Grady.

In an exclusive interview, O’Grady discussed a range of topics, including Teva’s existing portfolio of two products in the US through its partnership with Celltrion; its pipeline of roughly a dozen assets through partnerships and internal development; and the company’s expectations through the next decade as the nascent biosimilars market continues to evolve.

Teva CEO Kåre Schultz believes his prediction is coming true for the Truxima biosimilar in-licensed from Celltrion, as he gave the latest update on Teva’s efforts to settle significant legal issues around the US opioid crisis.

While biosimilars in the US have exploded into life in the last couple of years, with some products even overtaking the originator molecule for market share, O’Grady maintained they were still “an emerging opportunity. There’s still a lot of room for what I would call acceptance and growth,” he said. “I think we lag a little bit behind Europe in the way that biosimilars are accepted in the marketplace.”

“Today if you look at North America specifically, and the US, biosimilars are kind of in this hybrid world,” O’Grady noted. “There’s not automatic substitution. It depends upon the channel; if it’s self-administered, then it’s payer controlled; if it’s physician administered then its more group purchasing organization or hospital-clinic controlled.”

Teva management underlined earlier this year that the company was prioritizing hospital- and clinic-orientated biosimilars, avoiding retail pharmacy distribution because in the company’s view it is “easier to be very competitive and keep a good margin.”

“You need to think about those things,” O’Grady said. “But over the next three-to-five years, I think you will see biosimilars migrate to a more complex generics or AP-rated generics, where you do see automatic substitution at some point.”

Teva ‘Open To Possibilities’ With Celltrion

Teva’s early ambitions in biosimilars came unstuck in 2013, when the company decided together with partner Lonza to terminate a biosimilar-focused joint venture dating back four years, in part due to lack of progress in the US biosimilars space.

“Certainly, the last five years has seen a significant evolution for Teva. I was in North America generics briefly during 2015 and 2016 and that was really when Teva took a look at biosimilars and looked at what our long-term strategy would be,” O’Grady revealed.

South Korea’s Celltrion saw a double-digit jump in sales and operating profit in 2020 based on continued growth for its leading biosimilars. Meanwhile, the company is pursuing its strategy of developing at least one biosimilar annually.

“And as we looked at the future, there wasn’t a clear pathway five years ago…or how the uptake would be. But we knew at the time – and before that Teva had kind of been in and out of biosimilars, ‘Are we going to do it or not?’ – that was really the realization that again to be a global leader in generics, biosimilars were going to be important, and I think that’s when we started thinking about how we would enter the space.”

O’Grady highlighted Teva’s existing relationship with Korean major Celltrion, the result of a partnership signed in October 2016 that handed Teva the US and Canadian commercialization rights to Celltrion’s Truxima (rituximab-abbs) and Herzuma (trastuzumab- pkrb) products.

“Teva has had some experience with products that weren’t true biosimilars but acted like biosimilars, even before the Celltrion partnership,” O’Grady pointed out, referring to the Granix (tbo-filgrastim) follow-on biologic approved in the US in 2012.

Characterizing the Teva-Celltrion alliance as Phase One of Three in US biosimilars – with Two being the company’s later partnership with Alvotech and Three being Teva’s internal pipeline assets – O’Grady observed, “We’ve done quite well with Truxima, I think it’s been one of the most successful biosimilar launches in the US to date, if not the most successful.” (Also see "Truxima Hits 20% Share For Teva" - Generics Bulletin, 11 Nov, 2020.)

“Biosimilars somewhat mimic generics to an extent, whereby the order of entry in the market matters and the sooner you get into the market the more share you’ll get and the more value you’ll get that comes along with it. I think that’s something to be mindful of.”

Truxima’s market share, he noted, was “in the mid-20s now, just a little above 24%. There are three players now in the market with us. We launched first,” he pointed out. “Herzuma has been a little bit slower of an uptake,” he acknowledged, with that market considerably more saturated. (Also see "Fifth US Biosimilar To Herceptin Launched By Merck" - Generics Bulletin, 15 Apr, 2020.) “The partnership overall,” O’Grady concluded, “is going very well.”

Earlier this year, Teva CEO Kåre Schultz expressed vindication that the Israeli firm was able to leverage its position among the largest volume suppliers of US pharmaceuticals to the nascent biosimilars market, in picking up that leading position in the rituximab biosimilar space.

Biosimilars “somewhat mimic generics to an extent,” O’Grady remarked, “whereby the order of entry in the market matters and the sooner you get into the market the more share you’ll get and the more value you’ll get that comes along with it. I think that’s something to be mindful of.”

Regarding the potential expansion of the Celltrion partnership beyond the two assets, O’Grady said Teva was “certainly always open to possibilities,” but underlined, “I don’t really want to disclose if there are any conversations going on; I’ll say at this point right now we’re focused on Herzuma and Truxima in the marketplace. What happens with Celltrion long-term we’ll wait and see.”

In August last year, Teva and Icelandic pure-play Alvotech signed a major biosimilars deal covering five biosimilar candidates for the US market, which the pair described as “one of the broadest partnerships within the US biosimilar industry to date.” (Also see "Teva And Alvotech Strike US Biosimilars Pact" - Generics Bulletin, 5 Aug, 2020.). “We hope to bring those to market in the next two-to-five year window,” O’Grady disclosed.

“The relationship with Alvotech is still fairly early,” he pointed out. “So, obviously there were conversations going on back and forth before we signed that deal. Post signing the deal, we went into the COVID lockdown, so it’s been a little bit difficult getting together with people in person. But the conversations we’re having about the commercialization of those assets have been very positive and I’m very happy with the relationship we have with Alvotech.”

As Alvotech advances towards launches around the world for its portfolio of biosimilars, the firm is ramping up capacity at its Reykjavik facility.

O’Grady summarized the alliance as a “very collaborative one,” and “so far, a very good partnership. Of course, they are responsible for the development and the regulatory components; I think we see very much eye-to-eye on all of that.”

“The dialog, back and forth, has been very good and I think as we’ve shared our thoughts on the commercialization, they are also thinking very similar things. So, I expect it to be a great partnership, and one that will be beneficial for both companies.”

Towards the end of last year, Alvotech announced the US and EU filing of its 100mg/ml biosimilar version of Humira (adalimumab), with Teva set to market in the US the AVT02 higher-strength version of adalimumab upon market entry. (Also see "Alvotech Files Higher-Strength Adalimumab In US And EU" - Generics Bulletin, 19 Nov, 2020.)

“Humira’s one of those products where a lot of people have filed, so order of entry is going to matter there; when you come to market is going to matter,” O’Grady forecast. “And we’re optimistic that will be a good launch and we’ll see where that goes. Alvotech is certainly one of the main players for Humira.”

As for the remaining assets under the partnership, “I don’t think that we’ve disclosed exactly what they are,” O’Grady said, “but my expectation is that you never really know what the order of entry is going to be and what the value is going to look like for each of those assets. But I would expect that there will be one or two that will have significant value to the overall partnership.”

Finally, Teva had its own ‘stable’ of biosimilars, O’Grady observed, which have not been disclosed for commercial reasons. “And we add all of those together and Teva will play a role in the majority of meaningful biosimilar launches in the next five-to-eight years,” with “upwards of near 10-12 assets that we think will play a significant role in that space.”

Pointing to the sheer breadth of Teva’s portfolio not only in North America, but across the globe, O’Grady noted balance was always a “key challenge” for the company, juggling biosimilars, generics, complex generics and specialty products.

And what of research and development spend for biosimilars, cash-intensive projects that have left some players balking at the sheer dollar-cost of moving assets from pre-clinical development through Phase III trials and regulatory filings?

“R&D spend is always top-of-mind,” O’Grady acknowledged. “If you look at a company like Teva that has a pretty diversified business, there’s a certain spend you have to do on the R&D side for generics that’s different than the R&D spend you’d do on your specialty portfolio. And then you have the biologics/biosimilars piece in the middle.”

“I think about biosimilars the same way I think about complex generics because they act very similar in the market and require some of the same regulatory nuances,” O’Grady said. “But balancing that R&D spend is really very important, something that we focus on a lot; and I think every company would like to spend more on R&D.”

“It seems you can never spend enough,” he conceded. “But certainly, we’re trying to manage the R&D spend as a percentage of our profit-and-loss and dedicate to the products that we think have the highest probability of success.”

Ultimately, Teva was confident that its initiatives in the biosimilars space “really kind of compliment where we see ourselves going with complex generics, whether they are inhalers, drug-device combinations, things like that,” O’Grady remarked.

Biosimilar Interchangeability: A Blessing Or A Curse?

Biosimilar Interchangeability: A Blessing Or A Curse?

Alvotech Files Higher-Strength Adalimumab In US And EU

Fifth US Biosimilar To Herceptin Launched By Merck