A strong case exists for a more tailored approach to biosimilars development that could increase regulatory efficiency and broaden access, Sandoz’s head of biopharmaceuticals, Pierre Bourdage, tells Generics Bulletin in an exclusive interview. 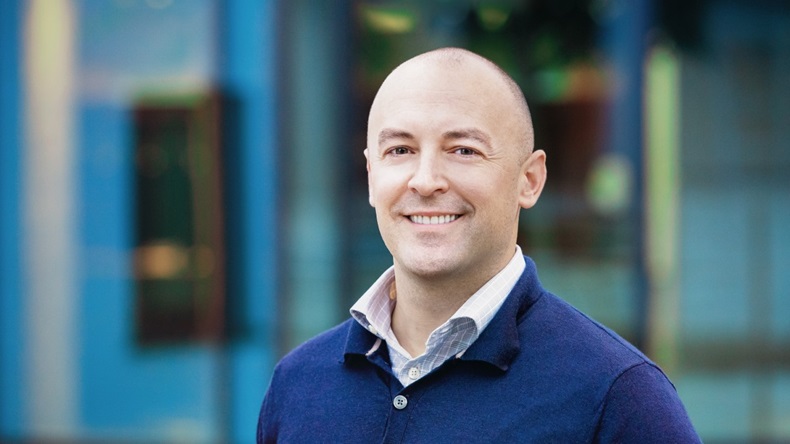 With 2021 marking 15 years since the first biosimilar, Sandoz’s Omintrope (somatropin), was approved and launched in the EU, the company’s head of biopharmaceuticals, Pierre Bourdage, has reflected on the global progress made so far on biosimilars – as well as the opportunities that exist for future evolution – in an exclusive two-part interview with Generics Bulletin.

“Since Sandoz started its first biosimilar development program in 1996, we have seen many advancements in science and technology, also supported by digital,” Bourdage explained, “from more accurate testing tools, to higher throughput testing and modelling.”

And “one trend we foresee over the next couple of years, is dialog with regulatory bodies about further tailoring the clinical development process for biosimilars.”

“The aim would be to eliminate Phase III studies in favor of extensive analytical testing and a detailed assessment of pharmacokinetics/pharmacodynamics to substantiate biosimilarity, where scientifically justifiable,” Bourdage summarized.

The UK is putting itself in a position to play a leading role in global biosimilars regulation, thanks to a proposed new registration pathway that will not require comparative efficacy data, delegates to a Westminster Health Forum online conference heard earlier today.

This, he suggested, could not only lead to an optimized biosimilar development pathway that could offer greater efficiencies for healthcare systems, regulatory authorities and developers, but also increased patient access to more biologics, and the end of studies that are no longer needed “because the scientific rationale is weak.”

“We have already seen encouraging signs during many conversations at recent congresses,” Bourdage pointed out. In particular, he noted, the UK’s Medicines and Healthcare Products Regulatory Agency in early May became “the first agency to publish a final biosimilar guidance which enables tailoring.” (Also see "UK Pioneers Tailored Biosimilars Pathway With Fresh Guidance" - Generics Bulletin, 13 May, 2021.)

Moreover, he observed, “many other regulatory authorities are in discussion about this topic, including Health Canada, the US Food and Drug Administration and the European Medicines Agency” (see sidebar).

“We believe that the current regulatory framework that relies on clinical evidence derived from Phase III studies using clinical endpoints is no longer justified in many cases.”

“At Sandoz,” Bourdage explained, “we believe that options for tailored clinical development in certain indications and with certain biologics are justified by science and necessary, beyond established current regulatory requirements, to ensure patients get the medicines they need.”

“We believe that the current regulatory framework that relies on clinical evidence derived from Phase III studies using clinical endpoints is no longer justified in many cases,” he underlined, while emphasizing that “Sandoz supports tailoring clinical biosimilar development while maintaining regulatory robustness.”

Asked whether the biosimilars market would continue to exhibit different dynamics to small-molecule generics, Bourdage pointed to the different scale of investment required for biosimilars.

“Developing a biosimilar costs between $150m and $300m,” he indicated, adding that “depending on the nature/complexity of the molecule, the cost could be even higher.”

Given these high costs and barriers to market entry, he said, “to continue to stimulate incentives for companies to invest in the biosimilars space, we need to make sure that it is a sustainable market, one where price is not the only criteria and more than one company can supply a market.”

“This is not only important to ensure future investment by drug development companies, but also to ensure healthcare systems can provide their patients with high quality medicines from reliable sources without interruptions.”

Incentives And Sustainable Procurement Are Essential

Asked what specific incentives and uptake drivers Sandoz would like to see, Bourdage said “as usual, it is a combination of different areas, and it depends on the specific country, but in general, we bucket them in three areas in Europe.”

The first area, he said, was “addressing inequalities in access to biologics.” With access to innovative biologics varying significantly from country to country in Europe, he noted, policymakers were taking steps to close this gap through initiatives such as the European Pharmaceutical Strategy and Beating Cancer Plan.

“In countries with low pre-existing access to biologics, such as in central and eastern Europe, many different elements must come together,” he said. These included “establishing capabilities and guidelines to diagnose and put patients on treatment – i.e. through clinical guidelines and clinical education” as well as “developing policies which focus on prevention, early detection and faster diagnosis to support better treatment outcomes; and enhancing awareness amongst physicians, purchasers and policy makers, to understand the value proposition of biosimilars and their proven benefits.”

Meanwhile, incentives to encourage biosimilar use could take the form of “gain-sharing models, where part of the savings from using biosimilars goes to the hospital, hospital department or prescribing physician.” These, he said, “can be a meaningful solution to increased biosimilar uptake. France has developed very interesting models along these lines.”

Bourdage also pointed to “switching programs, under the guidance of the treating physician [that] can also be supported by pharmaceutical companies through the provision of supportive infrastructure to monitor patients and gather medical evidence.”

And in terms of ensuring multi-source competition on biosimilars, he encouraged “developing smart, innovative, and sustainable procurement practices that steer away from the ‘winner takes all approach’ and encourage healthy competition and participation by multiple manufacturers.”

US Market Could Benefit From Medicare Reforms

Meanwhile, in the US, Bourdage noted that “in the last several months alone, federal policymakers have introduced and advanced several significant policies that will drive biosimilar adoption and uptake, signalling an important recognition of the value biosimilars can provide to patients and healthcare systems alike.”

But there was still room for improvement, he acknowledged, with Sandoz calling for policy makers to “continue to advocate for and pass legislation that creates a sustainable marketplace for biosimilars to thrive,” creating multi-source competition.

Calling for “common-sense policies to accelerate competition,” Bourdage specifically urged policy makers to “authorize a temporary add-on payment to health care providers in Medicare Part B to increase prescribing and use of biosimilars – as opposed to the current system, which encourages prescribing the most expensive option.”

“Biosimilars should be included in the formularies of all Medicare Advantage and Part D plans without burdensome administrative and financial obstacles,” Bourdage said, adding that “along with adding policies that waive or eliminate patients’ out-of-pocket costs for biosimilars under Medicare Part B and D, removing redundant prior authorization for a biosimilar when one has been granted for the reference biologic would drive more rapid uptake.”

Education Must Underpin Trust In Biosimilars

“To increase biosimilar adoption, healthcare providers and patients must believe in and receive honest, truthful information that builds their trust in this category of therapies,” he observed. “Unfortunately, biosimilar use is limited in some instances by a knowledge gap among healthcare professionals who often believe, incorrectly, that biosimilars are inferior to biologics and further exacerbated by disparagement and misinformation.”

“The simple truth is: biosimilars match the reference biologic in terms of safety and efficacy.”

For future launches in new therapy areas, he suggested, “it will be important to make an early start on educating stakeholders about biologics and biosimilars.” He also said it was “important for future generations of healthcare providers to learn about the benefits of biosimilars during their medical, nursing, and pharmacy training and education.”

“A lot of education work still needs to be done to ensure a solid foundational knowledge of biosimilars within all stakeholder groups to ensure trust and confidence.”

Asked about how educational efforts could be improved, Bourdage said that “over the past 15 years we have seen education on many different levels. However, a lot of education work still needs to be done to ensure a solid foundational knowledge of biosimilars within all stakeholder groups to ensure trust and confidence in these important biologics.”

“Despite many years of market availability and strong educational efforts, understanding of some of the most basic biosimilar concepts is still inconsistent and did not reach a level where it could be,” he conceded. “While many physicians recognize that the safety and efficacy data of biosimilars match the reference medicines, it is clinical experience that leads to greater confidence which in turn drives patient willingness to receive a biosimilar.”

“Without the opportunity and confidence to prescribe, the potential of biosimilars – i.e. to increase access for patients and reduce financial burden for healthcare systems – will remain underutilized,” he warned. “It is therefore vital that physicians, policy makers and payers make informed decisions about biosimilars in order to improve access to them.”

“Unfortunately, myths and intended misinformation about biosimilars make the educational process even more challenging, and all the more necessary,” he highlighted, labelling it “concerning that there are some who appear to deliberately set out to create uncertainty about biosimilars – in effect, limiting their potential to help more patients access the medicines they need.”

This need for clear information would only increase as biosimilars continued to grow, Bourdage suggested.

“The educational need will hit a new level of intensity as future biosimilars enter new complex and underserved therapy areas,” he predicted. “New sets of stakeholders never previously exposed to biosimilars will need clear, consistent and scientific information based on true facts that is readily accessible.”

“We have many learnings from education in the immunology and oncology part and I am hopeful that we can take these learnings and accelerate the understanding of biosimilars in other therapeutic areas.”