Teva is keeping a keen eye out for opportunities like its US biosimilars agreement with Alvotech and more recent deal with Bioeq for biosimilar Lucentis as it attempts to maintain revenues in the coming years, following a cut to full-year sales guidance for 2021. 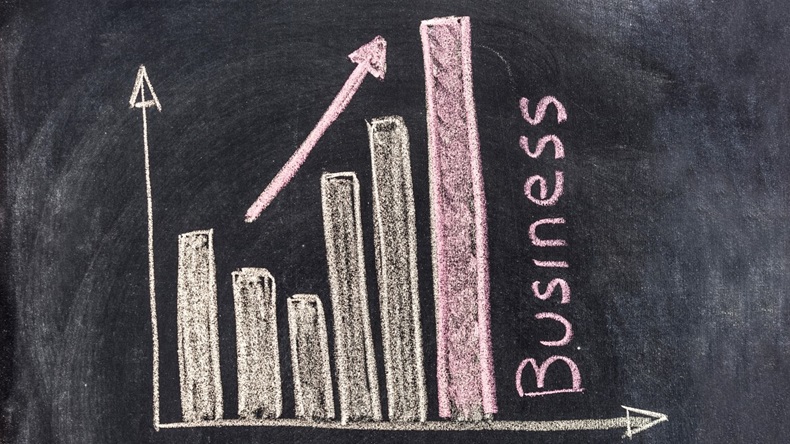 Source: Alamy Licensing deals 'will not be huge blockbusters'

Teva has identified recent biosimilar licensing opportunities in Europe and the US as the kind it is looking for to drive revenues in the coming years, after lowering its financial guidance for 2021 amid “lingering” effects from the COVID-19 pandemic.

Reporting financial results for the second quarter of this year, the Israeli giant revised its net revenues outlook for 2021 from $16.4bn-$16.8bn to $16.0bn-$16.4bn, albeit amid weaker sales of branded products including Copaxone (glatiramer acetate) and Ajovy (fremanezumab).

Teva was drawn into the conversation around generic price erosion, especially in the US and Europe, after Sandoz singled out the unfavorable effect during a lackluster Q1.

“While we have experienced a nice recovery in some countries and products from the effect of the global pandemic, we unfortunately have not seen this everywhere in our business,” commented chief financial officer Eli Kalif.

“Some markets and products are still feeling the lingering effects that the pandemic has had on the purchasing pattern of our large global customers and overall utilization by patients,” he added, underlining that Teva felt it “prudent” to revise guidance based on the first six months of the year.

Reflecting the need to “shore up struggling revenues,” one analyst asked if Teva saw any opportunities to “leverage your global sales infrastructure and bring in new products,” especially as the Israeli giant has prioritized paying down debt and ruled out any larger M&A.

“Based on, you could say, our business footprint, I think there are some good examples, not the least in the biosimilar space,” commented president and CEO Kåre Schultz.

“You saw the deals we did with Alvotech, which will potentially give us new biosimilars in the US over the coming years. You saw that we did a deal recently on a Lucentis biosimilar in Europe.” (Also see "Teva And Alvotech Strike US Biosimilars Pact" - Generics Bulletin, 5 Aug, 2020.) (Also see "Teva Brings In Ranibizumab Biosimilar As Bioeq Files In Europe" - Generics Bulletin, 29 Jun, 2021.)

“So, we are looking for these kinds of opportunities, as you say, where our commercial footprint in Europe and North America can be used by companies who have a good product, but don’t have that commercial infrastructure.”

“And I’m marginally optimistic that we’ll find some more products. They will not be huge blockbusters because then people tend to do it on their own. But I think we can supplement our revenues with these kind of deals over the coming years.”

Teva Emphasizes Message On US Erosion

Despite Copaxone in North America and the Anda distribution business struggling, Teva’s group revenues increased by 1% as reported to $3.91bn in the second quarter of this year, representing a drop of 2% at constant currencies.

North American generics sales, including biosimilars, rose by 3% to $951m, mainly due to generic EpiPen (epinephrine) and the company’s authorized generic ProAir (albuterol sulfate), alongside continued momentum for the Truxima (rituximab) biosimilar licensed from Celltrion.

Disclosing a market share of roughly 25%, Schultz maintained that “the market has been improving after a sort of overall market slowdown in the first quarter probably related to COVID. It has started to improve, and we expect it to continue to improve in total development over the year.”

“And of course,” he added, “Truxima is the only biosimilar rituximab which has the rheumatoid arthritis indication, and as such, is very competitive. We believe we can hold on to a strong share in this, our first major biosimilar launch.” (Also see "Teva And Celltrion Gain Arthritis Advantage On Rituximab" - Generics Bulletin, 6 May, 2020.)

Analysts were keen for Teva’s latest reading of pricing and volume challenges in the US generics market, after Schultz indicated “no dramatic change” in terms of generic price erosion for the Israeli firm in both the US and Europe during the Q1 readout.

Forecasting up to a dozen complex generic launches by Teva in the US in 2021, executive vice-president for North America commercial Brendan O’Grady said Teva was continuing to push for changes to boost approval rates ahead of GDUFA III next year.

Teva, he maintained, was “not seeing any dramatic changes in the market conditions. We’re not seeing a lot less or a lot more suppliers; and we’re not seeing more or less price erosion than we’ve seen traditionally.”

“I think that price erosion is pretty much what we’ve seen as historic norms,” added executive vice-president for North America commercial Brendan O’Grady, who was conducting his final earnings call with Teva after stepping down to take up a senior role with telehealth firm Amwell. (Also see "Teva Reshuffles Top Management" - Generics Bulletin, 22 Jul, 2021.)

“It’s highly dependent on what your portfolio is,” he reasoned. “But I think volume is coming back due to COVID as Kåre mentioned. We saw wholesaler orders kind of come back to what we would see pre-COVID levels during the month of June,” O’Grady disclosed.

Teva’s outgoing North American head reiterated the company’s potential to launch as many as a dozen complex generics in the US during 2021, a topic he discussed in detail during an exclusive interview with Generics Bulletin earlier this year.

“A lot of complex generics are being delayed, not just ours, everybody,” added Schultz. “I think with generic NuvaRing (etonogestrel/ethinylestradiol), we have probably the only complex generic approval this year,” he noted.

Teva Has Been ‘Cautious On Overall Spend’

Teva’s Generics operation in Europe that includes OTC products saw healthy growth of 19% as reported and 9% in constant currencies to $878m, although the Israeli firm acknowledged this was largely due to “lower revenues in the second quarter of 2020 as a result of significant changes in buying patterns and customer stocking due to the COVID-19 pandemic.”

Meanwhile, Generics sales in Teva’s International Markets segment, including the key markets of Japan, Russia and Israel, declined by 5% in both US dollar and local currency terms; following the sale of a significant chunk of the Japanese Teva-Takeda generic drugs joint venture, including a manufacturing facility in Takayama, to Nichi-Iko. (Also see "Recovery ‘Will Take Time’ For Nichi-Iko As Operating Profit Falls 99.8%" - Generics Bulletin, 17 Feb, 2021.)

With group earnings before interest, tax, depreciation, and amortization rising by 60% to $887m during the second quarter, analysts asked how Teva planned to maintain its EBITDA margin in 2021 amid forecasted declining revenues.

Having hoped that the “vaccination drive would result in a lifting of restrictions in the second quarter” to boost overall economic activity, Teva had in tandem been “cautious on the overall spend pattern, nothing specific for a specific area,” Schultz commented.

“We just went slow on the spend so that we knew that we would be able to manage the situation from an earnings point of view and a cash flow point of view, should we come in a little lower if the restrictions in various countries were to continue,” he said.

While there had been a “lag” in both doctor visits and prescriptions in the US, Teva had seen improvements over the last two months, he pointed out. “It came late in the quarter,” Schultz noted, “and we are optimistic about the next two quarters based on what we’ve seen.”

“Now in Europe, it’s a little different because there we really had restrictions all the way up to not very long ago in most major countries,” Schultz acknowledged. “And we’re only now seeing the first signs that the situation is improving in terms of volumes in generics and OTC based on the lifting of the sanctions.”

Is Teva’s US Decline In Q3 Evidence Of A Broader Downward Trend?

Three Not A Magic Number For Mayne With Another NuvaRing CRL

Teva Brings In Ranibizumab Biosimilar As Bioeq Files In Europe

Recovery ‘Will Take Time’ For Nichi-Iko As Operating Profit Falls 99.8%

Rani Therapeutics: ‘We’ve Tested A Dozen Molecules, All Of Them Have Worked’