In an exclusive interview with Generics Bulletin, US Association for Accessible Medicines CEO Dan Leonard has expressed concerns over the blanket change to patent settlements introduced by Joe Biden’s recent executive order. Furthermore, Leonard expects to see a “robust decade” for generic drugs, biosimilars and complex generics as many major brands are set to lose their exclusivity. 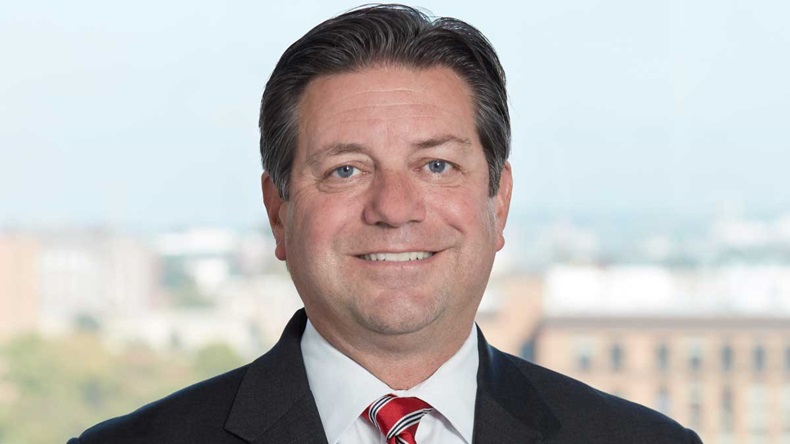 Source: AAM AAM CEO Dan Leonard will continue to bring stories from the generics and biosimilars industry on his “All Access” podcast

“We’ve been supportive of the Biden administration’s steps so far on a number of areas, but not all of them,” said Dan Leonard, CEO of the US Association for Accessible Medicines, as he talked about the recently signed executive order by US president Joe Biden asking the Federal Trade Commission to ban so-called “pay-for-delay” reverse-payment settlements.

In an exclusive interview with Generics Bulletin, Leonard acknowledged that “We’re not fully aligned with the administration on that particular topic.”

“We think there’s certainly an opportunity to work with the administration to make sure that a blanket change to patent settlements does not damage the marketplace for generics and that there has to be thoughtful patent legislation or an executive action on patent reform that we can partner on,” added Leonard.

Furthermore, Leonard pointed out that “there are many instances where patent settlements are pro-patient and because of patent settlements between the originator and generic company, affordable medications come online even sooner for patients.”

Talking about successful pro-consumer patent settlements, Leonard said, “There are many examples that we could cite. That’s the kind of thing we need to make sure that the administration and policymakers understand [so] that there isn’t just a sledgehammer that comes down.” Leonard expressed concern over the ban that could “ultimately make it harder for patients to have access to critical medications.”

AAM Calls For A Balance Instead Of Banning Pay-For-Delay

US President Joe Biden has signed an executive order asking the FTC to ban so-called “pay-for-delay” reverse-payment settlements. According to the order, this could help curb high prices that are in part the result of lack of competition among drug manufacturers. However, talking exclusively to Generics Bulletin, AAM senior vice president Jeff Francer insists on a balance, explaining that such...

After US President Joe Biden launched a review of the country’s API supply chain, the task force has reported back with key vulnerabilities that contribute to drug shortages and supply risks during a global public health emergency. According to the report, the lack of geographic diversity and dependence on foreign nations and anti-competitive actions by foreign nations are key areas...

“We have to educate policymakers to make sure that a blanket or broad-brush approach doesn’t damages patient access at the end of the day,” Leonard said, insisting that “there should be pro-consumer patent settlements like we have seen in the past.”

In a recent interview with Generics Bulletin, Jeff Francer, senior vice president and general counsel of the AAM, had expressed concern over Biden’s executive order, suggesting that “we could have a slowdown in the availability of generics and biosimilars, because [a ban on pay-for-delay] would force generics and biosimilars to always have to litigate to finality on dozens and dozens of patents, which is enormously expensive and time consuming.” (see sidebar)

However, Leonard extended support to the US government on its efforts to increase domestic manufacturing. “We certainly want to be a constructive partner with them on the US domestic manufacturing, which is something they came up with very early on, in some of their executive orders,” said Leonard. “We have a very active work stream around ensuring that the supply of essential medicines is safe and secure in the US.

Furthermore, when it comes to domestic manufacturing, Leonard insisted that it was not about bringing everything back to the US, as much as it wasabout recognizing that “we have a global industry, that we need to make sure that our partners are fully engaged with us and that we avoid any shortage situations and possible shortages of essential drugs.”

“So, we’re doing a lot of work with the administration on that particular point,” added Leonard.

To strengthen the US generic drug supply chain and reduce dependence on certain countries for supply, the AAM had proposed a policy framework “blueprint” in 2020 that suggested government purchasing commitments in exchange for industry manufacturing expansion. (Also see "Purchasing Commitments Must Underpin US Expansion" - Generics Bulletin, 7 May, 2020.)

“The blueprint which came out in 2020 has been a really important piece of work, that has advanced the conversation around the US supply chain,” said Leonard. “It  is in the hands of pretty much every policymaker on Capitol Hill and within the administration.”

“In fact, we’ve continued to see components of our blueprint come out in legislative proposals or in proposals from the Biden administration,” said Leonard. “That’s very heartening to us that people are looking at our positions and formulating them into some of their proposals. It keeps us and our members at the center of that conversation.”

Talking about increasing domestic manufacturing, Leonard said. “I’ve been here at AAM for 10 months now and this has probably been the single topic that I've spent the most of my time on, and we have a team dedicated to this.”

“We’re also advancing additions to the original blueprint,” revealed Leonard. “We have workgroups within the association working on that issue right now. So, you should see some more modifications to the blueprint going forward.”

Opportunities Will Arise As Patents Expire

Turning to the many branded drugs that are due to lose their exclusivity soon, Leonard said “this is the cycle that our members look at constantly. And based on the expiration of patents and of originator products, opportunities will arise for our companies and our members to bring new products on the line.”

“We certainly see peaks and valleys of when you’re going to have the possibility of more generic entries,” said Leonard. “But I think we are looking at a really robust decade.”

Furthermore, talking about biosimilar uptake, Leonard said that “a lot of biologics will come up on expiration and give the biosimilars market a real boost. So, there’s a lot of excitement.”

“I think we are looking at a really robust decade.”

“At the end of the day, it’s the competition that comes about when new generics or biosimilars are able to get on the market,” Leonard emphasized. “And that’s not just good for our industry, that’s good for patients, because the prices of those medications come down so dramatically.”

Furthermore, talking about steps that could increase biosimilar uptake, Leonard said “we have a suite of policy proposals around biosimilars that we are advancing as well.” He continued, “We have put forward a legislative proposal that would step up the reimbursement for providers from an [average sales price] plus-six [percent] to a plus-eight, to give them more incentive to write prescriptions for lower cost biosimilars.” (Also see "AAM Backs Bill To Boost Biosimilar Reimbursement" - Generics Bulletin, 26 Apr, 2021.)

“We have a suite of policy proposals around biosimilars that we are advancing.”

“We’ve seen that this kind of the rebate structure is inherent in our system, where there are more incentives for the physician to write the prescription for the higher-cost drug than the equivalent biosimilar, just because of the way they are reimbursed within the system,” pointed out Leonard. “So, we believe that a plus-eight reimbursement would be an extra incentive and will get physicians to write the prescription for the lower cost equivalent biosimilar.”

“There’s so many explorations of high-cost biologics on the horizon, that the advent of biosimilars into the market is going to be critical. We want to make sure that the policy playing field is level as we get into 2023 and beyond,” said Leonard, with that year promising to be a key moment for the US biosimilars industry as rivals to Humira (adalimumab) hit the market. “So, that’s one component of our biosimilars agenda.”

Furthermore, talking about complex generics, Leonard said, “the issue of complex generics has been a critical component of the conversation with the US Food and Drug Administration. I think you will see that very soon we’ll get close to the agreement stage where the industry and the agency have come together.”

He added that “the agency is really focusing on approvals for more complex products that will benefit the industry because in the current scenario complex generics are not getting approved fast enough. We really need to elevate that between the industry and the agency.”

Talking about reforming Medicare Part D, Leonard said, “this is a big part of our agenda for this congressional session. There are a number of components and distinct pieces of legislation that we support [when it comes to Medicare Part D].”

AAM Says Seniors Are Missing Out On Medicare Savings

AAM recently released a study which revealed that the Medicare Part D program continues to underperform compared to commercial plans in providing patients with access to generic medicines (see sidebar).

“A disturbing trend that we’ve seen over the last few years is that more and more generics are being placed on higher formulary tiers and not on the generic tiers, tier one and two,” pointed out Leonard. “What happens in this case is, generics are placed on tiers three and four, and brands continue to have priority position over them because the brand company is supplying rebates back into the channel, if you will.”

“That means that at the end of the day, seniors in Medicare are paying more out of pocket for a generic medication,” stated Leonard. He insisted that “this is a perverse function of the rebate system within Medicare that needs to be addressed.”

“So, there’s a suite of legislative proposals that we’re pushing for, which would make Medicare more responsive to the patients and designed to serve seniors.”

Leonard explained that the guests on the AAM podcast know the value proposition of the generics and biosimilars industry better than anyone. “It’s [about] what can we take from those conversations to the broader public including lawmakers, policymakers, the federal government and the community,” said Leonard, as he revealed that Apotex CEO Jeff Watson will be the next guest on his podcast.

Previously, Leonard invited Lupin CEO Vinita Gupta to share her insights on the need to build a self-reliant system for essential medicines in the US, on his podcast. (Also see "Lupin CEO Says Additional incentives Needed To Make US Manufacturing Viable" - Generics Bulletin, 15 Jul, 2021.)

Leonard acknowledged that “there is still a need for baseline education amongst some policymakers. And the podcast is another vehicle to communicate to that group.”
Advertisement

Purchasing Commitments Must Underpin US Expansion