FDA-EMA Pilot Could Further Push Global Generic Harmonization, But Will Sponsors Use It? 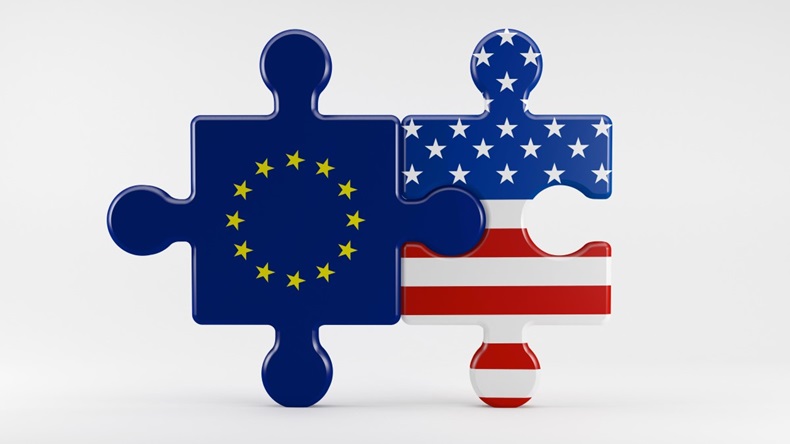 Source: Alamy The FDA-EMA parallel scientific advice pilot for complex generics is an expansion of the existing program for new drugs and biologics

Joint development advice from the US Food and Drug Administration and European Medicines Agency on generic drugs has the potential to push both regulators to align their standards, and the potential for faster and cheaper drug approvals globally excites industry.

The grand dream, which could save sponsors millions by preventing duplicative clinical studies and unnecessary testing, likely is a long way off, given the legal and other changes that may be necessary. However, sponsors view the opportunity to receive aligned advice on development issues as another step in that direction.

“In terms of the reference-listed drug, even if we can show on a physical-chemical level set, both products on both continents are very likely the same, you still need to do separate studies to prove against the respective reference-listed drug from the respective agency, which means worst case you're doing two patient studies,” she said. “If this parallel scientific advice can result in a more cost-efficient, [and] leaner development, and therefore also a more timely development, then it might be possible to develop medications which are off-patent already, but there is not a lot [of] generic competition.”

But Amersdorffer said it is too early to determine the program’s effect on her company and its development portfolio.

“It would be a case-by-case evaluation of our projects to really see if the potential benefits from such a joint-scientific advice really outweighs the anticipated challenges,” she said. “I would see this as a really exciting opportunity to streamline global development and also gain a deeper understanding from both agencies.”

Attorney Brian Malkin, a partner at McDermott Will and Emery, said the program likely will benefit complex generic sponsors the most, since “it would be helpful to have alignment for the inherently more complicated and expensive clinical trials to demonstrate generic equivalence.”

Complex generic sponsors have complained about the difficulties gaining approval in recent years. In the US, sponsors have trouble showing equivalence for delivery devices, as well as navigating the complex patent landscape. (Also see "Generic Combination Products May Be Permitted Delivery Device Variations" - Pink Sheet, 4 Jun, 2017.)

Kiran Krishnan, senior VP of global regulatory and medical affairs at Apotex, said that in addition to determining whether modeling and simulation methods would be acceptable by both agencies, he also said that development would be further streamlined if “they will also harmonize on the use of foreign-sourced reference product to demonstrate pharmaceutical equivalence and bioequivalence.”

“In order to fulfill the entire potential of the benefits of single global development, the next logical step is for highly regulated regions to discuss the terms for sound scientific acceptance of the use of foreign comparator products,” the group said.

The Association for Accessible Medicines US trade body also has pushed for the FDA to allow foreign competitors for BE determinations. However, so far there has been little appetite to allow the practice.

Often products for the US and other markets are manufactured at the same facility, but FDA officials have said that even in those cases sometimes the products admittedly are different. (Also see "Generic Industry Wants US FDA To Consider Allowing Foreign Reference Products For ANDAs" - Pink Sheet, 29 Jun, 2019.)

In addition, the International Conference on Harmonization also is working on common generic drug standards for the globe, but was not interested in advocating for changes in legal or regulatory requirements in various countries. (Also see "ICH Generic Drug Harmonization May Be Another Cost-Lowering Opportunity" - Pink Sheet, 7 Feb, 2019.)

What Sponsors Get Now

By participating in the advice program, sponsors should have a better understanding of the regulatory and scientific requirements for a their particular product’s development , FDA and EMA state in the pilot’s General Principles document. “If advice from the two agencies is divergent, the applicant will have a clear understanding of the reasons for divergence.”

Participation in the pilot is voluntary, but products that employ comparative clinical or non-clinical studies with innovative designs may benefit, the agencies wrote.

Pilot program meeting requests will be granted based on workload, staff availability and “anticipated value to the PSA program,” according to the General Principles document. Each request will include one 90-minute or longer teleconference between both agencies and the applicant.

Each agency will retain decision-making power over the application. The General Principles document also states that advice “still may differ after the joint discussion,” but both will work to offer convergent responses or explain differences.

Will Uptake Be Faster Than New Drug Pilot?

Regulators are hoping for a stronger start for the generics pilot than the parallel scientific advice for new drugs had after FDA and EMA launched the program in 2005.

Some sponsors feared unfavorable US and EU advice could close both markets to them. In fact, uptake was so slow that the agencies considered ending the program. (Also see "Parallel Advice: A False Step in March to Globalized New Drug Reviews?" - Pink Sheet, 1 Nov, 2006.)

But interest in the program increased from 2016 through 2020, and 24 of 32 requests were granted, with 20 completing the parallel scientific advice process during the period, according to FDA. Most of the requests accepted were for gastroenterology and inborn errors (7), followed by oncology (5) and anti-infectives (4).

The new drug process is envisioned to last about 4.5 months from meeting request submission to receipt of the final advice letter, but sometimes is longer. For example, Celgene Corporation said a parallel study request to look at pediatric program changes for its Zeposia (ozanimod) lasted nearly five months from the date of the request to the date of the meeting. Final meeting minutes and advise letters from the two agencies are not scheduled until 10 to 30 days after the meeting.

Another meeting followed the FDA approval of Zeposia in March 2020 for treatment of relapsing forms of multiple sclerosis in adults.

FDA And EMA Collaborate On Advice For Complex Generics And Hybrids

FDA Focuses On Harmonization With The Launch Of Generic Drug Cluster

ICH Generic Drug Harmonization May Be Another Cost-Lowering Opportunity

What’s Next? Five Things To Look Out For In July