As Company Looks To Enter US Biosimilars Market In 2022

Amneal has acquired India’s Puniska Pharmaceticals in a deal worth $93m, with an aim to “more than double” its injectables business by 2025. Meanwhile, in the third quarter the company has reported growth in its generics and specialty segments, with Amneal looking to enter the biosimilars market next year. 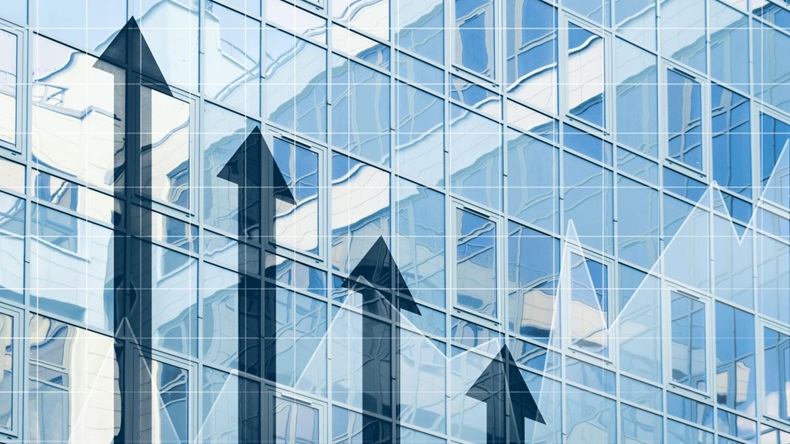 Amneal has announced the $93m acquisition of India’s Puniska Healthcare to boost its injectables business. “This acquisition is a pivotal step that meaningfully enhances our injectables capabilities for the US market and enables international expansion as we look to become a leading player in the global injectables market,” said Chirag Patel and Chintu Patel, co-CEOs of Amneal.

“We shared last quarter that our goal is to more than double [the injectables business] by 2025 and our aspiration is to be in the top five,” said president and co-CEO, Chirag Patel. “This acquisition allows us to accelerate our injectables strategy for the US and the international markets.”

Under the terms of the agreement – which closed on 2 November – Amneal is acquiring Puniska’s manufacturing facility and five injectable production lines. The firm said that acquiring the 293,000 sq ft facility in India would allow it to “expand infrastructure and capacity for the US market and build a foundation for international markets,” adding that the deal “addresses capacity constraints at our current injectable sites in India, plus the production requirements for our pipeline.”

Around 550 staff in manufacturing, R&D and marketing are linked to the acquisition, with Amneal expecting a US Food and Drug Administration site inspection and approval by the end of 2022, with initial revenues to come from the facility in 2023.

According to Chintu Patel, the acquisition tripled the company’s capacity overnight and Amneal became “a value volume player.” He said, “we are working on a lot of complex products including microspheres, liposomal large parenteral bag and a lot of auto-injectors.”

Currently, the company has 25 commercial products for the US institutional market with more approved and a rich pipeline of over 40 injectable launches planned.

Meanwhile, reporting its third-quarter results, Amneal revealed that its generics business grew by 1.5% to $347m, “driven by the strength of new product launches and the diversity of an increasingly complex portfolio.”

Amneal reported a 20% drop in sales in the fourth quarter of 2019, primarily due to lower turnover from its generics business. The company’s co-CEOs are trying to revitalize the company and have launched 15 new products since returning midway through last year.

Chintu Patel added, “half of our current revenues and over 85% of our pipeline is non-oral solids, demonstrating how our business is increasingly diversifying with more complex products, leading to more durable revenues and a higher profitability.”

While revealing the Amneal 2.0 strategy, the co-CEOs had clearly laid out that the company is working to diversify its business away from oral solids (see sidebar).

“We are evaluating additional opportunities with partners where Amneal can be first or second to market in biosimilars.”

“We are looking to enter the biosimilars market in 2022,” revealed Chintu Patel. “We have three oncology biosimilars [to] Neupogen (filgrastim), Neulasta (pegfilgrastim) and Avastin (bevacizumab) all filed under review with the FDA.”

Amneal expects to receive initial biosimilar approvals next year. “Beyond this, we are evaluating additional opportunities with partners where Amneal can be first or second to market in biosimilars,” added Chintu Patel.

Talking about biosimilar interchangeability, Chintu Patel suggested that the concept was “very good and exciting. It gives comfort to the physicians and the patients that when the products were interchanged, the statistical differences from the immunogenicity or efficacy were not significant enough to raise any concerns.”

Chirag Patel added, “I think over a period of time, whether it’s a regulatory pathway, interchangeability or the other areas, it’s going to evolve and be a more acceptable norm going forward.”

Overall, the firm said it expected the biosimilars market to “develop like complex generics, where we’ve had success.”

On the subject of Amneal’s pipeline, “we expect to file 25 to 30 ANDAs and launch 20 to 30 new products each year,” said Chintu Patel.

Amneal continues to focus on new generics launches as the company sees its quarterly and half-yearly revenues increase on the back of its new launches and generics portfolio. The US-based company said that it was looking to continue its shift towards complex generics, as it considers eventually building in-house capabilities for biosimilars.

Furthermore, Amneal recently received the approval for dexamethasone, indicated for the treatment of respiratory symptoms associated with COVID-19. “This represents another competitive generic therapy designated approval which provides 180-day exclusivity,” said Chintu Patel. “Amneal has the highest number of CGT designated products in the industry.”

With a focus on global expansion, Amneal is looking to leverage its partnership with China’s Fosun Pharmaceuticals. “We are filing 10 products in China in the near term and look to start commercializing in 2023,” said Chintu Patel.

He continued, “outside of China, we are actively working with partners in our geographies, and we will share more as we progress. We see global expansion as another vector for sustaining growth.”

The company is looking forward to building “a very good business of course in China, as well as Africa,” from 2023 onwards.

Chintu Patel also revealed that Amneal is planning to file its application for K114 – a modified release T3 product for hypothyroidism – in the middle of next year. “These are all 505(b)(2) programs for which the risk level is relatively lower than the new molecular entity programs,” he said.

Early in 2021, Amneal bolstered its capabilities in complex generics and 505(b)(2) products by taking control of Kashiv Specialty Pharmaceuticals in a deal worth more than $100m for a 98% stakeholding, as part of its “Amneal 2.0” growth strategy. (Also see "Amneal Takes Control Of Kashiv Specialty In $100m+ Deal" - Generics Bulletin, 12 Jan, 2021.)

Amneal’s specialty business clocked sales of $93m for the third quarter, which was up by $5m or 5.6% year-over-year. The company saw continued strong performance of its specialty segment on the back of its two largest specialty products, Rytary (carbidopa/levodopa) and Unithroid (levothyroxine).

However, Amneal acknowledged that the growth of the specialty segment was partially offset by declines in its promoted brands.

“Most notably,” Chirag Patel said, “we are pleased with the positive Phase III data for IPX-203 and the potential this technology has to help Parkinson’s patients achieve better on time with less frequent dosing.” (Also see "Amneal’s IPX-203 Increases ‘Good’ ON Time For Parkinson’s Patients" - Scrip, 26 Aug, 2021.)

Chintu Patel added, “We see a broader market for IPX-203 as compared to Rytary, and we expect to submit our ANDA in mid-2022.”

The company also plans to expand its specialty pipeline with its ANDA for the dihydroergotamine autoinjector for migraine and cluster headache which is pending FDA approval with launch expected in mid-2022. “We expect to file our ANDA for K127 for myasthenia gravis in the second half of 2022,” said Chintu Patel.

Meanwhile, Amneal’s AvKARE segment saw a 1% drop in the third quarter to $88.7m. According to the company, AvKARE’s growth was impacted by the prior year comparison due to timing issues.

Overall, Amneal saw 2% turnover growth to $529m in the third quarter of 2021. “Our third quarter performance builds on the strong momentum we have seen these last two years and we believe the best is yet to come,” said Chirag Patel.

Meanwhile, Chintu Patel said, “The team continues to maintain its manufacturing quality track record with currently no open or pending issues with the FDA and an impeccable compliance history at all our sites.”

Amneal has also updated its full year guidance by tightening its expected net revenue to about $2.1bn, up from the $1.99bn achieved in 2020. The company expects adjusted EBITDA of $530m-$550m, up slightly from a previous forecast of $500m-$540m.

Amneal Spreads Bets On Generics Amid Focus On High-Barrier Opportunities

Amneal Aims To Be Among Top Five Biosimilars Players In US

ANI Brings In Record Revenues As Cortrophin Rollout Ploughs Ahead