Fresh proposals from the European Commission on how to regulate the supply of medicines in Northern Ireland offer cause for optimism, the BGMA believes, with the move going “a long way to addressing the significant concerns we had about supply to the region.” 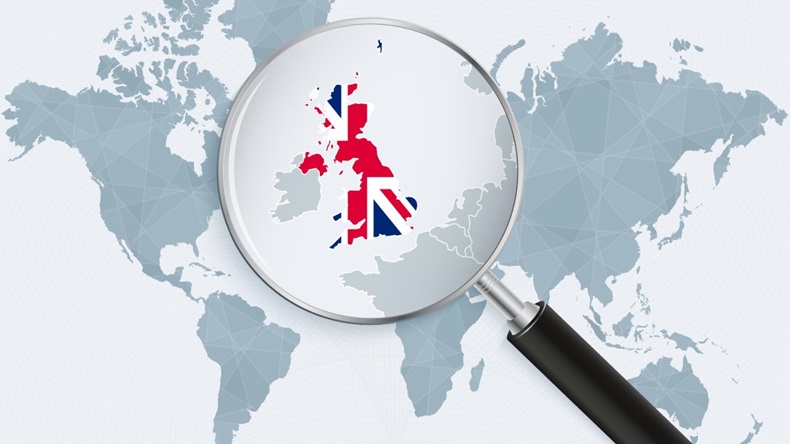 The Commission’s proposals, announced on 17 December, include amending legislation to allow regulatory functions to remain in the UK; allow generics to be authorized under national UK procedures; offer a “bridging solution” allowing any new medicine authorized in the UK to be supplied to Northern Ireland; not require repeated batch testing; and allow common packaging in the UK and Northern Ireland.

On the UK side, chief Brexit negotiator David Frost – speaking just before his resignation from the role was announced on 18 December – responded to the Commission proposals with cautious positivity, citing arrangements around medicine supply as “the main area of progress” in ongoing negotiations with the EU over Northern Ireland.

However, he stopped short of an outright endorsement of the EU’s proposition.

“I believe that our proposal to remove medicines from the protocol is still the most straightforward solution, given that the provision of health services is an essential state function and that Northern Ireland medicines are overwhelmingly sourced from elsewhere in the UK,” Lord Frost argued.

“But we have been willing to look at the EU’s preferred option, pursuing unilateral amendment of its own laws.”

The EU’s proposals – which follow on from discussions between the EU and UK negotiating teams – “could constitute a constructive way forward, and we are willing to look at them positively,” Lord Frost suggested, “but as we have not been able to scrutinize the texts in the necessary detail we are not yet able to make that judgement with full confidence.”

Frost had indicated in his resignation letter to UK prime minister Boris Johnson that he had initially planned to step down in January, but had brought this forward once the move became public knowledge. In the wake of his departure, UK foreign secretary Liz Truss has taken over responsibility for the UK’s relationship with the EU. However, she has so far not commented on the EU’s latest proposals.

The Commission said its proposals had been put forward “to ensure the continued long-term supply of medicines from Great Britain to Northern Ireland and to address outstanding supply concerns in Cyprus, Ireland and Malta.”

“In the context of the Protocol on Ireland/Northern Ireland, this means that the same medicines will continue to be available in Northern Ireland at the same time as in the rest of the UK, while specific conditions ensure that UK-authorized medicines do not enter the single market.”

“Throughout this year,” it summarized, “the Commission has been engaging intensively with citizens, industry and other business representatives in the EU and the UK on the issue of medicines. The European Commission and the UK government have conducted extensive talks to find a long-lasting solution.”

“The proposed bespoke solution reflects the outcome of substantial discussions between European Commission vice-president for interinstitutional relations and foresight Maroš Šefčovič, and the UK cabinet office minister, David Frost, and takes into account the concerns raised by stakeholders during the Commission’s extensive outreach.”

Specifically, the Commission said that the EU will amend its own legislation on medicines to ensure that:

The Commission emphasized that its proposals would also require the UK to respect certain conditions, including packaging requirements to ensure that UK-authorized medicines do not enter the single market as well as the UK assuming sole responsibility for authorizing medicines for Northern Ireland, “contingent on the UK complying substantively with EU law on quality, safety and efficacy of human medicines when issuing market authorizations for Northern Ireland.”

Šefčovič said that, having promised to ensure the continued supply of medicines to Northern Ireland, the Commission was now “turning this genuine commitment to the people of Northern Ireland into a lasting solution, based on our extensive outreach to all relevant stakeholders.”

“I am convinced that the issue of medicines shows that the EU and the UK can work together for stability and prosperity of all communities in Northern Ireland,” Šefčovič commented. “It also shows that the protocol has the flexibility to work on the ground.”

Meanwhile, Stella Kyriakides, European Commissioner for health and food safety, underlined that “we all know how crucial the continuous supply of medicines are for hundreds of thousands of patients in Northern Ireland, but also in Cyprus, Ireland and Malta, whose markets are historically dependent on medicines from the UK.”

“There will be an extension of the grace period to ensure a continuation of the supply of medicines in Northern Ireland, as well as Cyprus, Malta and Ireland,” Kyriakides outlined. “This will normally last until the end of 2022, unless the legislative procedure for our proposals on medicinal products for human use is finalized prior to that.”

“We call today on the Council and the European Parliament to swiftly adopt our proposals,” Kyriakides urged. “Until these new amendments to the legislation are effectively in place,” she confirmed, “existing flexibilities will continue to apply.”

“We are encouraged that both the EU and the UK government have heard our warnings and put a solution for medicines at the heart of their discussions.”

Responding to the Commission’s latest position, BGMA chief executive Mark Samuels said the proposal “appears to go a long way to addressing the significant concerns we had about supply to the region.”

“We welcome the news that all regulatory functions of pharmaceutical companies supplying medicines from Great Britain to Northern Ireland can remain in the UK, while no additional batch testing, manufacturing and license authorization or separate packaging is required,” Samuels indicated. “We await the precise details of the EU proposal but believe that potential progress is being made.”

As political tensions between the UK and EU mount over the Northern Ireland Protocol instigated as part of the pair’s Brexit agreement, the off-patent industry is growing increasingly concerned that regulatory uncertainty will put supply at risk.

“For some time now, our industry has flagged the serious implications of the Northern Ireland Protocol regarding medicines,” Samuels recalled (see sidebars). “Its implementation would have had a potentially critical impact on the ability of patients in Northern Ireland to access the medicines they need, when they need them.”

“We are encouraged that both the EU and the UK government have heard our warnings and put a solution for medicines at the heart of their discussions.”

Meanwhile, the ABPI and EFPIA recognized that the European Commission and UK government had “taken significant practical steps towards resolving outstanding issues with the regulation and supply of medicines under the Northern Ireland Protocol.”

“The pharmaceutical industry warmly welcomes the pragmatism they have shown and the solutions they have put forward to protect the supply of medicines to patients in Northern Ireland,” the two brand industry associations commented. “These developments, and the constructive dialog of the past few weeks, puts us on a strong footing for a long-term resolution.”

In response to the EU extending grace periods, the ABPI and EFPIA said that “extending these grace periods is a pragmatic step and a welcome response to some of the concerns that our members have raised. We still need to see the detail behind this statement, but this is a positive move focused on patient access to medicines in Northern Ireland.”