Teva will not get a third hearing at the US Court of Appeals for the Federal Circuit in its long-running dispute with GSK over skinny-label generics, after the appeals court rejected a petition for the full bench to re-examine the case. 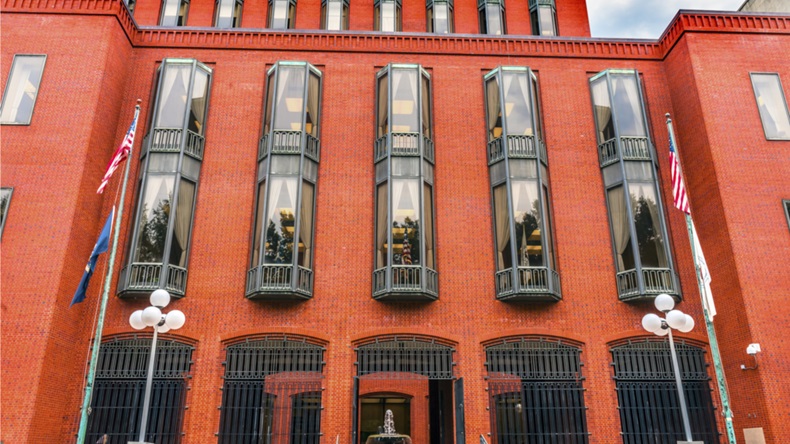 Teva has lost the latest round in its long-running battle with GlaxoSmithKline over skinny-label generics, after the US Court of Appeals for the Federal Circuit refused to re-examine previous rulings in the litigation, which revolves around generic labels that carve out patented indications and which industry representatives have suggested could pose a threat to the skinny-label regime in the US.

In a 6-3 split decision, the Federal Circuit denied Teva’s petition for it to rehear the litigation “en banc” – before the entire bench – after a pair of successive split decisions by a panel of three judges previously came down on the side of GSK.

A dissenting judge called the rejection “disappointing,” warning that “now, no skinny-label generic is safe” as a result of the previous appeals court rulings. However, the majority suggested that remanding the case to the district court level to craft a potential remedy based on the doctrine of equitable estoppel was the best route forward for the case.

In October 2020, the first 2-1 split decision of the appeals court kicked off a major controversy for the generics industry by reinstating a jury finding of infringement and a $235m damages award from 2017 against Teva over its generic version of GSK’s Coreg (carvedilol) that carved out a congestive heart failure indication protected by the originator’s reissued US patent RE40,000 patent. (Also see "Teva Coreg Damages Reinstated As AAM Bemoans ‘Antithetical’ Ruling" - Generics Bulletin, 7 Oct, 2020.)

How Can Firms Avoid Falling Into GSK-Teva ‘Skinny Label’ Trap?

In the wake of a controversial US decision on carving out patented indications from generics labels, Troy Groetken of law firm McAndrews, Held & Malloy tells Generics Bulletin about the key issues that firms with ‘skinny label’ generics should be aware of given the potential for induced-infringement attacks.

This led Teva to pursue a petition for an en banc rehearing, with amicus brief filer the US Association for Accessible Medicines criticizing the appeals court’s second ruling as “worse than the original” and suggesting that it exacerbated the harm that the original decision inflicted on the US skinny-label regime. (Also see "Third Time Lucky For GSK-Teva ‘Skinny Label’ Review?" - Generics Bulletin, 3 Nov, 2021.)

The AAM had described the Federal Circuit’s rulings as offering a “blueprint” for originators to unfairly push back against legitimate generic competition by submitting an overly narrow use code to the US Food and Drug Administration and then later attempting to broaden that use code to include other patented indications. (Also see "‘Skinny Label’ Case Gives Brands A ‘Blueprint’ To Alter Use Codes In Patent Litigation" - Generics Bulletin, 29 Oct, 2021.)

However, GSK had countered that Teva and the AAM’s fears were overstated, arguing that the appeals court’s verdicts were limited to the facts of this specific case – including “overwhelming testimony and documentary evidence” considered by the original jury – and did not equate to a “sea change in the law of induced infringement or a death knell for the ‘skinny’ label.”

Denying Teva’s petition for a rehearing, six judges pre-empted the objections of the three dissenting judges by stating that they “advance, as bases for en banc review, legal positions that Teva has not asserted or developed.”

“What the parties presented to the panel was the question whether, considering all the facts, substantial evidence supports the jury’s verdict that Teva actively encouraged infringement,” the majority summarized.

“Teva did not argue to the panel, and has not argued on rehearing, that GSK’s representations to the FDA constituted a bar to admission of the partial label or to satisfaction of the inducement liability standard during the partial label period. But that is the legal position advanced in the dissents, whether under a theory that those communications preclude meeting the encouragement element or under a pre-emption theory.”

“Teva never disputed in this court the jury’s finding that it knew that the uses it encouraged, through the partial label and otherwise, infringed,” the majority panel observed. “On the other hand, it fits squarely within the affirmative defense of equitable estoppel that Teva pleaded and that the district court must still decide on remand.”

“Estoppel here is about Teva’s belief about whether GSK will enforce, not Teva’s infringement or even its beliefs about what constitutes infringement,” the majority panel explained. “That, in a nutshell, makes equitable estoppel the natural vehicle to address the concerns the dissents express over GSK’s representations to the FDA.”

“If the district court finds GSK’s representations trigger estoppel, it has the discretion to craft a just remedy – which could even eliminate the need for a new trial,” the majority panel highlighted. “But we should leave the equitable question to the district court in the first instance.”

“We should not grant Teva’s en banc petition to consider altering our settled inducement law standards based on fairness concerns that are central to the equitable estoppel defense not yet addressed,” the majority argued. “Let us allow the district court to address these fairness concerns by adjudicating that defense on remand. If the result is unsatisfying, we will surely have a chance to review it.”

But dissenting judge Sharon Prost labelled the decision not to rehear the case en banc as “disappointing.”

“The issues in this case, at the intersection of patent law and pharmaceutical regulation, are unquestionably important,” Prost highlighted, “affecting millions of Americans.”

“The panel majority’s treatment of these issues has raised enough alarm to warrant the full court’s attention. As the circuit court vested with exclusive jurisdiction to review such issues, it was our responsibility to do so here. I respectfully dissent from what I view as the court’s abdication of that responsibility.”

Calling the majority decision “quite unsatisfactory,” Prost suggested that “it refuses to confront the obvious question: how could this label, which faithfully followed what the brand said about its own patents and which the FDA required Teva to use, itself be evidence that Teva intentionally encouraged something it knew would infringe?”

Judge Timothy Dyk concurred with Prost’s dissenting vote, insisting that “there cannot be infringement liability for using a label required by the FDA during the partial label period at issue in this case.”

Meanwhile, fellow dissenting Judge Jimmie Reyna suggested that the “issue of exceptional importance” that was at the heart of the case meant that it warranted en banc consideration.

“I am concerned that, if left untouched, the majority’s opinion may reasonably be read to mean that companies like Teva may be held liable for induced infringement despite demonstrated compliance with the statutory and regulatory requirements to carve out everything from a skinny label that the patent owner (GSK) itself designated as covered by its patent,” Reyna opined.

Moreover, Reyna said, “I am doubly concerned that the majority opinion could be read to support such a finding of induced infringement where evidence as to intent is scant at best.”

“Combined, these two factors portend instability in the general abbreviated new drug application process and, specifically, the skinny label process, an area of patent law where we should affirmatively seek to maintain certainty and predictability as best as possible.”

“Ultimately, it is a sense of fairness that drives the dissents to advance these positions,” the majority panel wrote. “They believe Teva’s partial label cannot be evidence of the intent required for active encouragement when Teva ‘play[ed] by the skinny-label rules.’ And they cannot see how it would be fair for Teva to be ‘liab[le] for using a label required by the FDA’.”

“On the other hand, they view Teva’s conduct as blameless.”

While the majority said it was “concerned that GSK’s representations to the FDA are at odds with its enforcement efforts in this case” – adding that “it would be troubling to hold Teva liable for relying on GSK’s representations to the FDA” – they suggested that “that concern does not readily fit the standards governing inducement, given the sufficient evidence of active encouragement and that Teva never disputed in this court the jury’s finding that it knew that the uses it encouraged, through the partial label and otherwise, infringed.”

But dissenting Judge Prost said that “contrary to the concurrence’s characterization, my concerns here do not go merely to fairness. My concerns go to what inducement law permits in view of the Hatch-Waxman Act. And, as I’ve said from the start, I do not believe that Teva’s compliant skinny label supports an inducement finding.”

Moreover, the majority panel also referred specifically to recent litigation involving Hikma and Amarin over Vascepa (icosapent ethyl), suggesting that “as district courts have already recognized, the majority’s decision [in the Teva-GSK case] is narrow and fact dependent.”

An induced-infringement attack on Hikma’s skinny-label generic version of Vascepa had been cited as evidence of the potential harm that would be caused by controversial rulings in separate litigation involving GSK and Teva. However, these fears may now appear overstated after the claim against Hikma was dismissed.

Delaware district court judge Richard Andrews noted that the appeals court in the Teva-GSK litigation had been clear that its decision represented a “narrow, case-specific review” and that it was “still the law that ‘generics could not be held liable for merely marketing and selling under a ‘skinny’ label omitting all patented indications, or for merely noting (without mentioning any infringing uses) that FDA had rated a product as therapeutically equivalent to a brand-name drug’.”

Ultimately, Andrews said, in the Vascepa litigation Amarin would still have to make the case that “Hikma took affirmative steps to induce, not affirmative steps to make sure others avoid infringement,” with the originator ultimately failing to convincingly plead inducement based on Hikma’s label or public statements.

In its opposition brief pushing back against Teva’s petition for an en banc rehearing, GSK had suggested that the Hikma case could be an outlier. The originator observed that “while Teva and amici predicted an onslaught of litigation befalling the generic carve-out, the Amarin v. Hikma case is still the only litigation they cite.”