Oral Humira Biosimilar Could Be A Game-Changer, Says Rani CEO 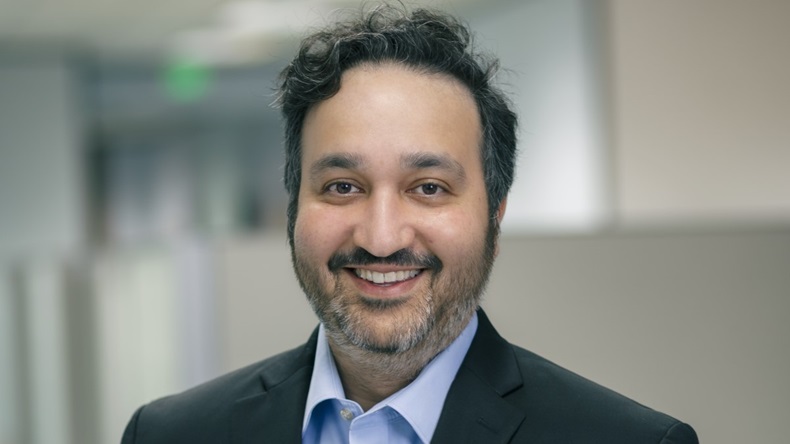 As biosimilars continue to become more established and competition on biologic drugs increases, companies operating in the sector are increasingly looking for ways to differentiate themselves among their biosimilars peers.

For some companies, this differentiation comes from their business model or the benefits of their company infrastructure, while others have stressed ensuring quality and reliability of supply as important factors.

Meanwhile, innovation around biosimilar products themselves has also become a key area of interest. Sometimes this is through new formulations – as with Celltrion’s subcutaneous version of infliximab, Remsima SC (Also see "Celltrion Pushes ‘Biobetters’ Concept With Remsima SC" - Generics Bulletin, 15 Nov, 2019.) – and sometimes by ensuring that a biosimilar emulates the most up-to-date version of the reference product, so as to ease the transition from the originator product to the biosimilar. (Also see "Humira One Year Out: The Largest LOE Event In US Pharma History" - Generics Bulletin, 31 Jan, 2022.)

But for Rani Therapeutics, it is the oral delivery of biologics – which are typically delivered by infusion or injection – that represents a key opportunity on the horizon, both in terms of improving patient outcomes and allowing developers to differentiate their products from those of their rivals.

Moreover, explained Rani CEO Talat Imran in an exclusive interview with Generics Bulletin, the imminent launch of US biosimilar rivals to Humira (adalimumab) provides a significant opportunity to realize this potential.

“We think oral delivery will provide a clear competitive advantage among the more than eight Humira biosimilars slated to enter the US market next year.”

Oral delivery of biosimilars is something that has been explored by a handful of developers, but is yet to gain significant traction.

And Rani has itself partnered with BioFactura to explore the possibility of developing a Stelara (ustekinumab) biosimilar in the form of a robotic pill, via the RaniPill technology platform. (Also see "BioFactura’s Ustekinumab Biosimilar To Be Trialed As ‘Robotic’ Pill" - Generics Bulletin, 14 Sep, 2021.)

Asked about the advantages of Rani’s robotic capsules for biologics, Imran explained that “the key benefit of using the RaniPill capsule is that it can orally deliver biologics that are currently administered via infusion or injection.”

“Many chronic diseases are treated using biologics, either requiring regular infusions at a doctor’s office or painful self-injections – both of which can result in lower adherence,” he observed. But “an oral option for biologics could offer a convenient alternative for patients, potentially improve adherence, and provide differentiation for biosimilars that ultimately will likely be forced to compete on price.”

Asked how the RaniPill platform compared to previous efforts to develop oral biologics, Imran explained that “biologics are readily digested by the gut, which prevents oral formulations of biologics from absorbing into the bloodstream. Most efforts to make oral versions of biologics have been chemistry formulation-based, but even the successful attempts have achieved bioavailability no greater than low single digits.”

“There have been other attempts to coat biologics with gelatin to protect against stomach acids,” he acknowledged, “but that approach alone does not improve absorption.”

However, he said, “the RaniPill technology addresses both concerns. The robotic capsule passes through the acidic stomach environment to enter the small intestine, where it injects the payload directly into the intestinal wall. This approach achieves bioavailability similar to a subcutaneous injection.”

Furthermore, “while some companies have developed non-biologic oral therapeutics for chronic autoimmune conditions, like JAK inhibitors, safety concerns have limited their use. The RaniPill capsule is administered orally, but still delivers a targeted biologic. So it should avoid the off-target effects sometimes seen with small molecules.”

Asked whether there was the potential for this technology to be used for Humira biosimilars, Imran said “absolutely. We think oral delivery will provide a clear competitive advantage among the more than eight Humira biosimilars slated to enter the US market next year.”

“In Europe, we saw the Humira competition play out as generic battles usually do – a race-to-the-bottom on pricing,” he observed. (Also see "Four adalimumabs compete in EU" - Generics Bulletin, 26 Oct, 2018.)

“Because of the trade-offs between pricing and market share, there is a lower limit to pricing where a product becomes unviable,” Imran indicated. But “we think an oral version of a Humira biosimilar would change the marketplace and change lives.”

And more broadly, he pointed out, “because the RaniPill platform is payload-agnostic, potential drug candidates would include most chronically dosed biologics across almost all therapeutic areas.”

In particular, he suggested, “an oral alternative could be especially attractive to patients with reduced fine-motor control who may have trouble administering self-injections, such as those with rheumatoid arthritis and osteoporosis, among other diseases.”

One aspect of bringing a product to market that has proved tricky for biosimilar developers seeking to innovate around their products has been the regulatory pathway for biosimilars that do not precisely match their reference product, with Celltrion in particular calling for a standardized, globally-accepted approach to so-called “biobetters.” (Also see "Celltrion Calls For Harmonized Approach To ‘Biobetters’" - Generics Bulletin, 8 Mar, 2022.)

Asked about the regulatory landscape for Rani Therapeutics’ oral delivery technologies, and whether there were barriers to overcome in this area, Imran said the company “has engaged with the US Food and Drug Administration to clarify a regulatory path for RaniPill oral biologics.”

And in terms of results seen so far, while he declined to comment on specific details of the BioFactura ustekinumab project and would not be drawn on any other partnerships, he offered some details of recent trial progress made by the company with its RaniPill technology.

“We have already completed a Phase I clinical trial of the RaniPill capsule with octreotide,” he noted, while the firm also recently began a second Phase I clinical study for “RT-102 – an oral formulation of the human parathyroid hormone analog PTH (1-34) – delivered via RaniPill capsule to treat osteoporosis,” for which “a readout is expected in the second half of the year.”

And further ahead, he revealed, “we are also targeting an additional Phase I clinical study launch in the second half of 2022.”

“We believe that oral versions of biologics have the potential to move markets and create new ones.”

On the question of whether payers would recognize the value of the benefits offered by Rani’s oral delivery technologies – and to what extent this could temper the significance of price competition in the biosimilars market – Imran said “we believe that oral biologics provide significant differentiation over injectable products, such that patient and provider preference would be a stronger driver of the market than price competition.”

“We commissioned a third-party survey of US-based patients and providers to investigate their preference for orally delivered biologics,” he noted. “The results showed that both patients and providers overwhelmingly prefer oral therapy, and this preference was durable across injections – from as frequent as biweekly to as infrequent as semi-annually.”

And when it came to the attitude of developers, Imran indicated that “biopharma companies have so far been open to – if not enthusiastic about – the prospect of oral biologics, which can differentiate products among the competition and potentially increase market share.”

Ultimately, he summarized, “we believe that oral versions of biologics have the potential to move markets and create new ones.”

BioFactura’s Ustekinumab Biosimilar To Be Trialed As ‘Robotic’ Pill

ANI Brings In Record Revenues As Cortrophin Rollout Ploughs Ahead