Following years of dedicated moves towards greater autonomy for Sandoz, the generics and biosimilars giant is to become a publicly traded, standalone firm via a 100% spin-off from parent Novartis. However, a substantial offer could still derail plans. 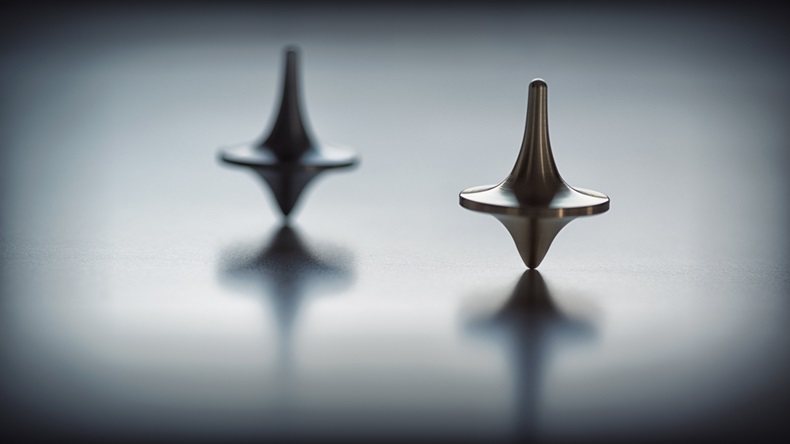 Ten months after commencing a strategic review of its near $10bn Sandoz generics and biosimilars business, Novartis AG has announced plans to fully spin-off Sandoz into a publicly traded, standalone company, confirming rumors and The Street’s expectations that Novartis favored this outcome against a sale or retention.

With an eye on completing the proposed transaction in the second half of 2023, Novartis disclosed that Sandoz would be incorporated in Switzerland and that it intends to list Sandoz’ shares on the SIX Swiss Exchange, with an American Depositary Receipt program in the US.

Sandoz’ CEO Richard Saynor will continue to serve in the role, while Novartis is in process of defining the future set-up of the Sandoz board of directors and finalizing its senior management team.

“We believe this decision is in the best interests of our shareholders and would make Sandoz the number one standalone European generics company and a global leader in generics and biosimilars,” Novartis’ CEO Vas Narasimhan commented, speaking during an early-morning call with investors and media.

Novartis finally has confirmed plans to begin a strategic review for its Sandoz generics and biosimilars business, following years of conjecture and suggestions from the market. However, the originator stressed that it will take its time with a decision, while underlining that keeping Sandoz is among its choices.

“Sandoz would also execute on a growth strategy, with a focused approach to deploying its capital and resources efficiently,” Narasimhan said.

As a standalone company, Sandoz would target an investment grade credit rating, Narasimhan stated, “providing sufficient financial flexibility to deliver on its growth plans and invest in incremental growth opportunities, with a vision to deliver attractive dividends for its shareholders.”

From an investment perspective, however, Novartis would not finalize the level of debt that will be pushed down to Sandoz until shortly before the proposed spin-off materializes.

Meanwhile, Novartis could not speculate on Sandoz’ potential market capitalization or valuation post-spin, given that they would be determined by future market conditions.

“What we can say is that it has a sales base of nearly $10bn, strong profits, and very solid free cash flows,” Novartis’ CEO commented.

Meanwhile, he pointed out, there was a broad range of price/earnings ratios in the generics sector. “We would expect Sandoz to track closer to the peer-set that is European focused and biosimilars focused vs. the more US-focused peer-set…at the time of the spin.”

Sale Cannot Be Ruled Out – But Spin Most Likely

Naturally, Narasimhan was asked why Novartis had opted for a spin-off vs. the other potential options on the table. Bloomberg had reported recently that Novartis was leaning toward a spin-off considering the current challenging environment for buyout deals. (Also see "Sandoz Says All Options Still Open After Spinoff Rumors" - Generics Bulletin, 1 Jul, 2022.)

It was in the best interests of shareholders according to the result of the strategic review, he reiterated, while the transaction was expected to be “largely tax neutral to Novartis.”

A spin-off would also mean that Novartis had a clear timeline to separation, aiding the execution of Novartis’ own innovative strategy.

Novartis gave further color during its Q3 earnings call on its plans to conduct a strategic review for its Sandoz business. The Street also had its say, following years of calls by investors for Novartis to weigh Sandoz’ future as part of the group.

“We will begin roadshows with investors in the first half of next year to really educate them on the profile of the business,” Narasimhan revealed.

While Novartis very much intended to press on with the spin, “of course, we continue to expect to receive inbound interest from private equity firms or other potential buyers,” Narasimhan noted.

“We will have a data room set up, so that would all be a possibility, and we’ll have to see. We have not received any formal binding or formal offers to date, and we’ll of course see how that unfolds over the coming months. But of focus is to see through the spin, as planned, in the second half of next year.”

Pressed further, Narasimhan said that a sale was not Novartis’ expectation, “but I certainly cannot rule out the fact that if someone came with a highly, highly attractive offer we would have to fully consider it.”

“In our view, the most likely case in all scenarios is that we will see through a spin,” he underlined.

The proposed 100% spin-off, which Novartis said would allow its shareholders to “participate fully in the potential future upside of both Sandoz and Novartis Innovative Medicines,” is subject to several conditions, including final endorsement by the Novartis’ board of directors and shareholder approval.

Novartis must also consult with works councils and employee representatives, while weighing up general market conditions and receiving favorable tax rulings and opinions.

Serving more than 100 markets globally, Sandoz as a standalone firm would leverage its “strong brand and sustain its leading global position by continuing to invest in strategic areas of biosimilars, antibiotics, and generic medicines.”

“Sandoz is expected to deliver its next wave of growth based on the existing biosimilars pipeline of 15-plus molecules, a strong and experienced management team and organization,” Novartis commented.

For its current financial year, Sandoz recently reversed its decision to not revise upwards its full-year earnings guidance for 2022 following a “really solid” second quarter – with one analyst suggesting that the company’s results “offer further confirmatory evidence of an approaching bottom” for the US generics sector. (Also see "Do Sandoz’ Q2 Results Indicate US Bottom Is In Sight?" - Generics Bulletin, 20 Jul, 2022.)

Previously, the Novartis unit’s full-year revenues were anticipated to be “broadly in line with the prior year” at around $9.63bn, while the company still expects its core operating income (2021 figure: $2.06bn) to decline by low- to mid-single digits, mainly driven by growth margin pressures due to pricing and product mix.

Sandoz’s revised annual guidance now predicts sales to grow in the low single digit range, and the company’s core operating profit to be “broadly in line with the prior year.”

Sandoz’ Q2 sales declined by 3% as reported, translating to a 5% climb in constant currencies, to $2.32bn. The company’s performance was driven in part by a strong performance in Europe ($1.21bn, -7%, +4% cc), including both “launches as well as recovery of the health care systems.”

Amneal CEO: Changes At Teva, Sandoz And Viatris Give Us Room To Grow

Do Sandoz’ Q2 Results Indicate US Bottom Is In Sight?

Pfizer Quietly Chalks Up Another $2bn Year For Biosimilars