Teva is expecting to have a new CEO by the end of next year, after current leader Kåre Schultz indicated that he was unlikely to renew his contract. The president and chief executive has overseen an eventful and transformative period for the Israeli firm. 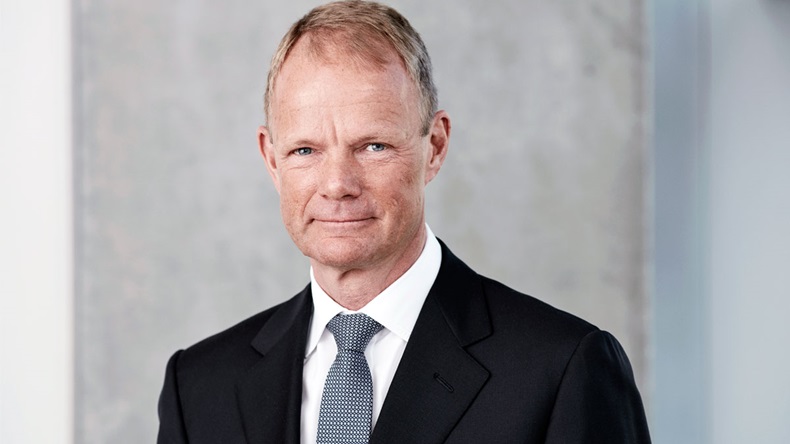 Source: Teva Kåre Schultz has been president and CEO of Teva since late 2017

Teva will likely have a new CEO by the end of next year, with current chief executive and president Kåre Schultz in recent days indicating that his tenure is now unlikely to extend past November 2023.

But Teva has left open the possibility for Schultz to remain involved with the company to some degree, even after standing down as its leader, including the possibility of a continuing role on Teva’s board.

Amid media reports that Schultz had suggested at a recent Tel Aviv conference that he was unlikely to renew his contract past the current expiry date, a Teva spokesperson confirmed directly to Generics Bulletin that “the CEO’s contract ends in November 2023 and he most likely will not prolong it.”

“However,” Teva indicated, Schultz had “expressed to the board his interest to stay on the board of directors.”

A Transformative Tenure As CEO

After seven months of uncertainty, Teva has announced a new CEO. But Kåre Schultz, who has won applause for turning around the fortunes of Danish firm Lundbeck over the past two years, faces a daunting turnaround challenge when it comes to the generics behemoth.

His appointment – following on from interim chief Yitzhak Peterburg, who had replaced Erez Vigodman in the wake of his departure in February 2017 after an underwhelming three years at the wheel – was welcomed by investors, with Schultz’s experience seen as boding well for a company that was in need of financial discipline. (Also see "Teva CEO Schultz Walks Smack Into A Rough Financial Situation" - Scrip, 2 Nov, 2017.)

“Schultz’s long track record in the pharmaceutical industry combined with his success in turning around Lundbeck seem to make him a strong candidate to lead Teva’s recovery,” Credit Suisse analysts said at the time (see sidebar).

Schultz said the firm was taking “decisive and immediate action to address external pressures and internal inefficiencies”, speaking after the firm lost billions in goodwill and in the context of the company’s high debt burden in the wake of the Allergan deal.

At the same time, Teva had to grapple with the continuing erosion of its Copaxone (glatiramer acetate) franchise in the US and Europe, as well as the introduction of generic rivals to ProAir (albuterol), ultimately finding success with new growth drivers in the form of the Austedo (deutetrabenazine) and Ajovy (fremanezumab) brands. (Also see "Teva’s Schultz Sets Sights On The Horizon While Continuing To Face Headwinds" - Generics Bulletin, 20 Feb, 2019.)

Other major challenges for Schultz during his time at Teva have included grappling with allegations that the company conspired with others to fix prices, rig bids and allocate customers for generic medicines in the US. (Also see "Teva Maintains Innocence After DoJ Price Fixing Charge" - Generics Bulletin, 26 Aug, 2020.)

With Teva maintaining its innocence – Schultz memorably argued that only the “worst cartel in history” would be responsible for generic drug prices in the US being lower than in Europe (Also see "Teva CEO Schultz: Only ‘Worst Cartel In History’ Would Cause Lower Prices" - Generics Bulletin, 11 Feb, 2021.) – the company went through a long process that at times put it at the center of industry-wide price-fixing claims. (Also see "Teva Chosen As 'Bellwether' In US Price-Fixing Litigation" - Generics Bulletin, 15 Jul, 2020.)

Teva is to put more than $3bn in cash on the table over the next 13 years to resolve longstanding opioid-related claims against the company in the US.

Another major legal headache for Schultz during his time at Teva has been the company’s involvement in longstanding opioid-related claims in the US.

Following a series of state-level opioids settlements, Teva earlier this year announced that it had reached a nationwide agreement in principle worth $4.35bn, including already concluded agreements, spread over 13 years to resolve most of its cases (see sidebar).

“While the agreement will include no admission of wrongdoing,” Teva pointed out, “it remains in our best interest to put these cases behind us and continue to focus on the patients we serve.”

More constructively, Schultz’s time at Teva has also seen the company gain a fresh impetus in the biosimilars arena, after predecessor Vigodman admitted that the firm had previously missed opportunities in the second wave of biosimilars due to its strategy at the time.

Leveraging Teva’s position in the US market brought significant success for its Celltrion-partnered Truxima (rituximab-abbs) rival to Rituxan (Also see "Teva CEO Schultz: ‘Proof Is In The Pudding’ For US Biosimilars" - Generics Bulletin, 18 Jan, 2021.), while a major alliance with Alvotech expanded the company’s biosimilar pipeline in the US by a further five products. (Also see "Teva And Alvotech Strike US Biosimilars Pact" - Generics Bulletin, 5 Aug, 2020.)

While Schultz now looks unlikely to remain in the driving seat at Teva beyond November 2023, he had in recent months been keen to set out a long-term strategy for the company.

Teva Eyes ‘80% Of Off-Patent Opportunities’ For Generics And Biosimilars

Teva’s president and CEO Kåre Schultz provided fresh long-term financial targets for the company in the wake of the firm agreeing in principle to settle opioid-related claims in the US – but will the architect of Teva’s restructuring remain beyond his current November 2023 contract?

Disclosing that Teva’s pipeline contains “more than 1,000 projects covering 80% of what’s going off-patent,” including biosimilars, the company recently outlined a refocused five-year plan up to 2027 to return to revenue and earnings growth (see sidebar).

Having cut the firm’s global manufacturing footprint from 80 sites to “around 53,” Schultz revealed that the Israeli firm had further plans to pare off “around 10 [more] over the coming years.”

And in terms of financial targets, the Israeli firm is aiming for a non-GAAP operating margin of 30%, up from its current figure of around 28%; a net-debt-to-EBITDA ratio of 2.0x, significantly down from the current 4.16x ratio; and mid-single-digit revenue compound annual growth rate on a constant currency basis.

As recently as July, Schultz had been reluctant to confirm his intention to continue as Teva’s CEO past November 2023.

“With regard to my situation, it’s correct…that the contract I have expires [at the] end of 2023,” he acknowledged during Teva’s second-quarter results call in late July. But “I don’t really have any comments to that right now as of today.”

With Teva now planning for Schultz’s departure from the CEO role, the company has so far declined to shed any light on its succession planning preparations. However, as one of the industry’s leading players, there will be significant interest in the recruitment process for his replacement.

Teva State Settlement On Price-Fixing Could Be First Of Many

Teva CEO Schultz: Only ‘Worst Cartel In History’ Would Cause Lower Prices

Teva Chosen As 'Bellwether' In US Price-Fixing Litigation

Schultz Swings The Cleaver At Teva, Cutting 25% Of The Workforce