With multiple Humira biosimilars slated for launch in the US next year, some simultaneously, a Vizient survey provides some insights into what could be the most important differentiating aspects. Generics Bulletin speaks to Steven Lucio, Vizient senior principal of pharmacy solutions, about the findings. 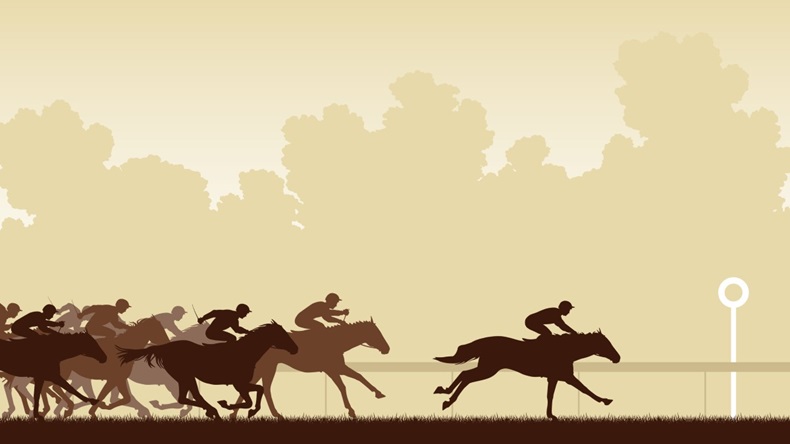 Source: Shutterstock As US Humira biosimilars approach launch, which are best positioned?

With multiple Humira (adalimumab) biosimilars expected to hit the US market in 2023, all eyes are on the approved and yet-to-be-approved products that are set to launch, with great interest in seeing how competition will play out for such a unique loss-of-exclusivity opportunity.

Ahead of the first biosimilar Humira product set to launch in 365 days, Generics Bulletin provides a comprehensive run-down of where biosimilar sponsors stand and the key issues ahead of market formation.

Shedding some light on the significance of these variables is a new report from healthcare organization improvement firm Vizient, following what the firm describes as a “biosimilar member survey conducted to assess biosimilar adoption of Humira and factors likely to guide the utilization of Humira competition products, once available.”

The report – based on a survey to pharmacy executives and professionals – concludes that “outstanding adoptability questions remain between provider selection and payer coverage determination,” while the potential impact of Humira competition is not expected to be seen until 2024.

Also, of great interest to biosimilar sponsors could be the report’s findings on the top attributes for selecting a preferred biosimilar adalimumab, which rank payer placement, acquisition price and interchangeability above aspects such as the ease of use of autoinjectors, the absence of citric acid, a higher-concentration product, or patient support programs. However, some difference was seen between Community Hospitals Association and non-CHA responses.

“Respondents note that it is extremely important to have an interchangeability designation for biosimilars, regardless of whether a CHA or non-CHA institution,” the report notes.

And “whether or not an institution is CHA or non-CHA,” respondents reported that adoption of adalimumab would be a challenging adoption, similar to that of infliximab biosimilars.”

“Although awareness and use of biosimilars have increased, there is still a lot of work to do in advance of biosimilar Humira competition,” the Vizient report states. “Members must understand current prescribing and inventory to assess future opportunities for savings,” while they are also recommended to engage with payers “to assess which approaches to biosimilars they will adopt, so that you can move forward with planning for conversion.”

Speaking with Generics Bulletin, Steven Lucio – Vizient’s senior principal of pharmacy solutions – reiterated that “what we’ve been encouraging people to do is to go ahead and have early conversations about Humira biosimilars, now, while we’re still waiting for their launch,” to see “how you could engage with them to find common value and benefit from both the provider and payer perspective.”

Successes in pharmacy and managed care had been seen when people seek to “fully understand the biosimilar market,” Lucio said, so that when talking to payers “they can try and have that conversation of, okay, how could we collectively try and take advantage of the safety and efficacy of biosimilars and the value proposition that they offer?”

“I don’t know that there’s one great solution,” he acknowledged. “It’s going to be individual providers, engaging with their respective payers and trying to find new solutions.”

Referring to the survey findings on the key aspects of adalimumab biosimilars, Lucio said “I think this gives us a good insight as to what our audience is thinking at this point – I think it’s consistent with what we’ve been describing [in terms of] the push and pull between the payer and the provider.” Key aspects for Humira biosimilars would include “definitely the payer placement and the acquisition price,” he confirmed.

Commenting further on the findings, he noted that “given how much conversation there has been about citric acid and the strength – the high concentration – I was maybe expecting that to be a little bit higher.”

But “in some respects, I’m glad, at least from this perspective, that it was not as high and that I think people are willing to take in a more comprehensive view of it – and are trying to say, okay, if the price is lower, and if the price is lower to the patient, then it’s possible that the patient may say, hey, this helps me financially, I’ll take a slightly more painful injection. If I only get a shot every two weeks, you know, that’s something else.”

“We did not want the uptake of the [biosimilar] molecules we’ve had thus far to be slowed by their not having the interchangeability designation, we did not want people to misinterpret and say, well, it’s not really safe to use a non-interchangeable biosimilar.” (Also see "Cutting Through The Confusion On US Biosimilar Interchangeability" - Generics Bulletin, 5 Aug, 2022.)

Humira Is Different From Previous Biosimilars

“For a lot of the [biosimilar] products that we’ve had this far,” Lucio observed, “they are medications the healthcare provider infuses. You’re probably on a course of therapy, but you’re probably not going to be on one of these medicines indefinitely, or in a chronic situation.”

But “Humira of course is different. With Humira, a patient is giving it to themselves in a lot of situations. And you could see them being on it for years – and that they would be on one product, and then their payer coverage might change, they’re going to go to another product, and then that might change and they go to another product. [So] interchangeability does mean more, I do believe, especially for Humira.”

Looking ahead, Lucio said “I suspect those molecules will – and Stelara (ustekinumab) – those will have to have an interchangeability type of conversation. Because I think it will be more of the expectation because of those elements.”

“That was, again, just, I think, a point of clarity for me, in terms of differentiating the market, what we’ve experienced thus far [in terms of] what Humira is going to bring.”

Adalimumab Impact Not Expected Until 2024

Asked about the report’s observation that the impact of Humira biosimilars in the US would not truly be seen until 2024, Lucio recalled that “we [will] only have one at the end of January,” in the form of Amgen’s expected launch of Amjevita (adalimumab-atto) at the end of the first month of 2023.

“And then although we’ll grow by several [adalimumab biosimilars] in June in July, you’re halfway through the year, that’s at the earliest that they could launch. And then again, getting back to the formulary decision, payers usually make their determination well in advance of the next year. So at what time those molecules could get to the respective formularies is unknown. So yes, 2024 is very much where we should be really thinking about.”

“Compared to now with a few of the insulin products and especially with Humira biosimilars, it’s going to be a much more of a patient confrontation about biosimilars.”

“We’ve been encouraging our members,” he said, “and I think others have as well, that you have to be much more polished in the way in which you communicate to the patients as well, with Humira.”

US Biosimilars Market Will Benefit From Surge In Launches

A wave of recent biosimilar launches in the US has provided multi-source competition on several major brands and stands to boost the country’s biosimilars market, according to Sean McGowan, senior director of biosimilars at AmerisourceBergen.

Meanwhile, among healthcare professionals Lucio said that – in part thanks to so many biosimilar launches in oncology in recent years – “I think there’s a very low level of remaining apprehension about biosimilars.”

“We were very fortunate that with the first biosimilar that was approved here in the US, Zarxio (filgrastim-sndz), that was like the best molecule that could have been chosen because you can see that drug work immediately. There was no question of, oh, you know, I give this to you and then three years later, you don’t have a great outcome.”

“I would still say that there’s probably a lack of information, still, in my understanding,” he suggested. But “I would say, I think, because of the level of experience people are comfortable with biosimilars,” he concluded. “So I don’t know that misinformation works, because you have experience with these elements.”

Humira Biosimilars Prepare For US Competition In 2023

Biocon Claims Edge For Adalimumab In US

Cutting Through The Confusion On US Biosimilar Interchangeability