Sandoz Weighs In On US Adderall Shortages Amid Supply Disruption

As Patients Wait Up To Three Months To Collect Prescriptions

A spike in demand for Adderall and its generic versions has left patients scrambling to have their prescriptions filled, making headline news in the US. Leading generics manufacturer Sandoz told Generics Bulletin its current experience amid the supply squeeze. 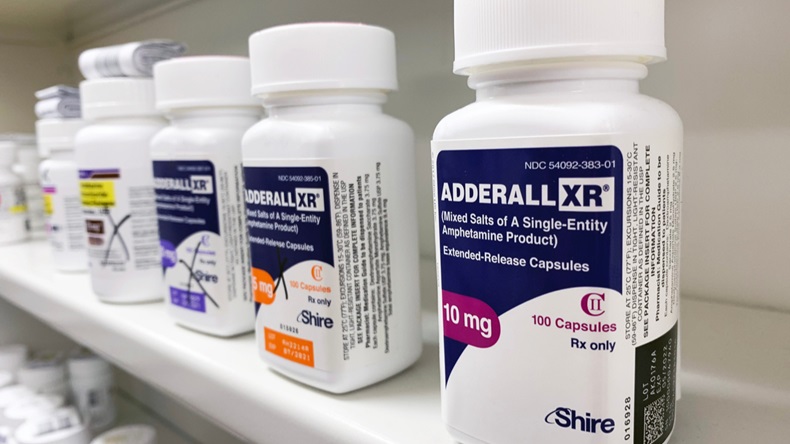 Shortages of Adderall (mixed amphetamine salts), the renowned treatment for attention deficit hyperactivity disorder and narcolepsy, and its generic equivalents is now headline news in the US, with widespread reports of patients being told that prescriptions are on backorder for up to several months.

Shortages were reported by the US Food and Drug Administration as far back as the third quarter of 2019. Three years on, the issue has escalated, worsened by a labor shortage for Teva, one of the leading generics manufacturers, that has squeezed supplies further since August.

And as a Schedule IIN controlled substance, Adderall and its generic versions – available as both immediate-release and extended-release formulations – are subject to US Drug Enforcement Administration quotas.

The DEA establishes manufacturing and procurement quotas each year for Schedule I and II controlled substances to avoid overproduction and reduce the risk of diversion. The agency sets an aggregate production quota for the calendar year, and that amount is allocated among registered manufacturers who apply for, and demonstrate a need for, a manufacturing quota.

Bloomberg had recently quoted Teva in noting a supply challenge that has the potential to last until early 2023 – while also citing data from the University of Utah showing that more than half-a-dozen manufacturers are also caught in the mire.

Another of these, Sandoz, told Generics Bulletin: “We have no shortage,” with the caveat that its position extended only to supplies “that we are currently using to fill predicted and committed customer orders.”

The Novartis unit, however, disclosed that is has “not fulfilled orders that have deviated from this plan.”

“If small customers like University of Utah reach out to us and ask if we have product available, we will indicate on some of the national drug codes that we are backordered as we cannot meet any new demand, so our systems indicate ‘backorder.’ These orders are not delivering,” Sandoz told Generics Bulletin.

Pointing to the DEA-imposed quotas, Sandoz acknowledged that the agency was “not currently permitting us to supply more.”

“We do have requests [with] the DEA at this time for our next manufacturing cycle, and to plan for 2023.”

However, Sandoz also acknowledged the dangers of challenging the threshold of quotas designed to halt abuse of Schedule IIN stimulants. Of greater importance for public health, the US is continuing to grapple with widespread and lethal abuse of Schedule II narcotics like oxycodone and fentanyl.

“We appreciate the controls imposed by the DEA – without understanding better what’s causing this demand spike, we would be reluctant to fill any additional orders due to increased demand.”

A decade ago, issues surrounding the short supply of certain ADHD drugs, including Adderall, were such that they received attention in both the halls of Congress and a New York federal court.

The lawmakers also sought information from the DEA about its process for setting quotas on controlled substances used to manufacture the products – pointing to an article in the New York Times citing FDA officials as saying that the shortages resulted from overly strict quotas set by the DEA.

To Prevent Shortages, US FDA Wants Notices From Drug Firms On Spikes In Demand

Dr Reddy’s Is Pushing For Progress On Multiple Fronts