Apotex Moves From Family To Private Equity, Among Other Transactions

The acquisition and consolidation mania that gripped industry in the middle half of the last decade may seem like a distant dream but players continued to spend cash where it could be justified in 2022, while raising much-needed capital to fund their endeavors. 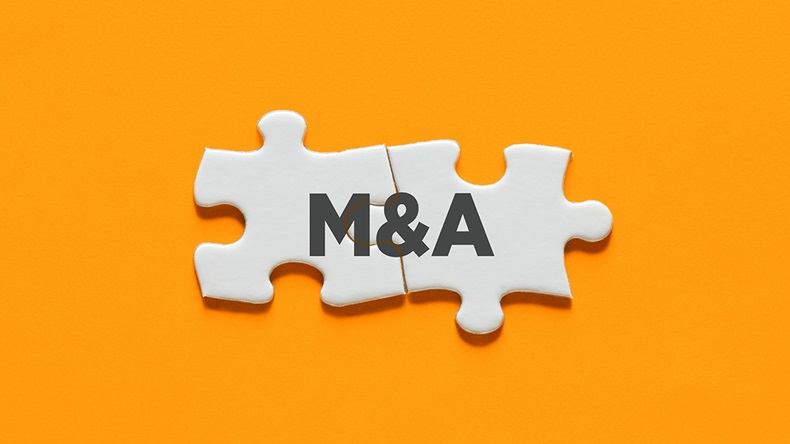 A long-rumored spin-off proposing the creation of the “number one standalone European generics company and a global leader in generics and biosimilars,” an acquisition valued at more than $3bn in the burgeoning biosimilars sector, and a landmark special purpose acquisition company (SPAC) merger delivering a much-desired public listing – 2022 proved another busy year for dealmaking.

In a year dogged by geopolitical turmoil, plunging stock and rising energy prices, as well as supply chain issues, industry marched on, adding to their portfolios where they perceived value could be created or else stripping away assets that were not strategic, unprofitable, or simply undesirable.

Alongside the traditional company-company M&A involving cash, shares or combinations of both, industry players also continued the path of licensing deals and partnerships, leveraging global sales infrastructures to bring in or give fresh life to new products and shore up revenues.

Meanwhile others saw themselves in new hands entirely via private equity takeovers or the SPAC merger – the latter a means to public listing that soared in popularity in 2021 for global financing but crashed back to earth somewhat in 2022 as cash-starved investors looked to withdraw funds.

Following years of dedicated moves towards greater autonomy for its generics and biosimilars unit Sandoz – and ten months after commencing a strategic review – parent group Novartis announced in 2022 that it intended to fully spin-off Sandoz into a publicly traded, standalone company.

One of 2022’s most significant deals, the proposed Sandoz spin mirrors action taken by Pfizer several years ago carving out its Upjohn off-patent brands business – allowing Sandoz to “execute on a growth strategy, with a focused approach to deploying its capital and resources efficiently.” (Also see "Sandoz Set To Become Public Company In 2023 As Novartis Confirms Spin-Off" - Generics Bulletin, 25 Aug, 2022.)

As a standalone company, Sandoz will target an investment grade credit rating, “providing sufficient financial flexibility to deliver on its growth plans and invest in incremental growth opportunities, with a vision to deliver attractive dividends for its shareholders.”

The Swiss originator has not finalized the level of debt that will be pushed down to Sandoz, nor has it speculated on Sandoz’s potential market capitalization or valuation post-spin – pointing instead to a business that it maintains has “a sales base of nearly $10bn, strong profits, and very solid free cash flows.”

“We believe that we have the opportunity to create the number one European generics company in the world; a global leader in biosimilars; and together with that have the leading generics company on the planet,” Novartis’ management underlined during the company’s ‘Meet The Management Day’ in September.

In the wake of the proposed spin, Sandoz signaled its intent to remain in the vanguard of complex generic development, insisting that it had the internal technology capabilities for the development of follow-on human glucagon-like peptide 1 products – but would look to partner on the active pharmaceutical ingredient.

First unveiled in February, the deal package includes a $2bn upfront payment to Viatris, as well as Biocon Biologics issuing compulsorily convertible preference shares in the company valued at $1bn, equivalent to an equity stake of at least 12.9% on a fully diluted basis.

Biocon feels that the transaction with its more than decade-long partner has created a “unique, fully integrated, leading global biosimilars enterprise with eight commercialized products,” alongside several promising pipeline candidates like aflibercept and pertuzumab.

Meanwhile, the deal will accelerate direct commercialization of its biosimilars portfolio “in advanced markets and several emerging markets,” with the company set to recognize revenues and profits from the acquired collaboration biosimilars “with immediate effect,” which the firm characterized as “a step-up from the existing profit share arrangement.”

From its perspective, Viatris observed that the sale “allows us not only to unlock significant value at 16.5x multiple versus the company’s biosimilars 2022 estimated adjusted EBITDA, $2bn in immediate cash flow, but also create a vertically-integrated champion in biosimilars.”

Anticipating completion of the deal in early November, the US-based firm named four more businesses planned for the auction block under its proposed $9bn global overhaul – Biocon being only the “first but critical step to unlock value and reshape Viatris,” with additional divestitures expected to generate up to $9bn in pre-tax proceeds by the end of 2023. (Also see "Viatris To Shed OTC, APIs And Women’s Health As Biocon Deal Nears Completion" - Generics Bulletin, 9 Nov, 2022.)

Alvotech in June realized a long-held ambition to become a public company, wrapping up its merger with a special purpose acquisition company, Oaktree Capital Management’s Oaktree Acquisition Corp, in a landmark SPAC deal for the generics and biosimilar sector.

“The public listing is expected to be the largest debut on a US exchange by an Icelandic company,” Alvotech had noted, adding that the firm would be the first dual-listed Icelandic company on both a US and Icelandic stock exchange.

The company’s latest financing drive came after it had disclosed in September that it expected to have a backstop debt facility worth up to $125m in place by the end of the year, after conceding that higher-than-expected shareholder redemptions and “unexpected global market conditions” had delayed the process.

Back in April, as the merger neared completion, Alvotech shored up against the potential of higher redemptions after signing terms for a financial backstop including both a standby equity agreement and a debt facility worth up to a combined $250m.

While Alvotech moved to public hands in 2022, Canadian generics major Apotex is set to remain private – albeit under new ownership, away from the family of company founder Barry Sherman, who was discovered murdered alongside his wife in 2017.

An affiliate of funds advised by private equity SK Capital in late September announced that it would acquire Apotex, promising to “support Apotex’s next phase of growth and continued innovation for patient affordability.” (Also see "Canada’s Apotex Is Snapped Up By SK Capital" - Generics Bulletin, 28 Sep, 2022.)

Financial details of the deal – which will close “subject to the satisfaction of customary regulatory conditions” – were not revealed.

A little over three years ago, rumors had been swirling that the owners of Apotex were considering a sale of the company for as much as $3bn.

One of the off-patent industry’s largest players, Apotex operates worldwide with nearly 8,000 staff globally in manufacturing, R&D, and commercial operations. It exports to over 100 countries and territories and operates in more than 45, particularly in the North American markets of Canada and the US, as well as having what it describes as a “significant presence” in Mexico and India.

A multitude of other M&A and other agreements captured headlines in 2022, not least Fresenius Kabi’s €495m ($536m) purchase of an initial 55% stake in Insud Pharma’s biopharma unit, mAbxience.

“Together with mAbxience, we have around ten products on the market and in development, placing us in the upper third of the industry,” Kabi noted as the transaction closed.

“The company operates three state-of-the-art facilities for the production of biologic drug substance, which addresses a critical gap in the value chain of Kabi.”

The Korean firm made an initial payment of $1.0bn, with the remaining $1.25bn agreed to be paid in instalments over the next two years.

“Within the framework of a long-term strategic partnership with our anchor investors, Formycon aims to become a globally operating and fully integrated pharmaceutical company in the field of biosimilars,” noted the company, which has just out licensed commercial rights to its biosimilar Eylea (aflibercept) candidate to Coherus BioSciences.

London-listed Hikma beefed up its operations in 2022 with two acquisitions, of which its acquisition of US sterile injectables specialist Custopharm from Water Street Healthcare Partners for up to $425m was most significant. (Also see "Hikma’s Injectables Business Expands As It Completes Custopharm Acquisition" - Generics Bulletin, 22 Apr, 2022.)

The transaction buoyed Hikma, already “the second-largest supplier by volume of generic sterile injectable medicines used by US hospitals and health care providers.”

Hikma had kicked off the year by emerging as the buyer of Canadian sterile injectables assets from bankrupt Teligent – the $45.75m deal marking the firm’s foray into the Canadian market. (Also see "Hikma Buys Teligent Assets To Expand Into Canada" - Generics Bulletin, 17 Jan, 2022.)

“This company has a strong history of acquisitions and that’s how we built this company,” Hikma executive chairman and CEO Said Darwazah pointed out to Generics Bulletin following the two deals as part of an exclusive interview.

“The last three or four years have been a little bit quieter, but I think now we will be a little bit more acquisitive moving forward.” (Also see "Hikma Will Push Harder To Make M&A Happen" - Generics Bulletin, 10 Aug, 2022.)

Elsewhere, Bora Pharmaceuticals claimed its place as the “largest pharmaceutical group by volume in Taiwan” in 2022 after completing the company’s “landmark acquisition” of TWi Pharmaceuticals.

The deal, for which financial details were not disclosed, added two manufacturing facilities to Bora’s arsenal, while “significantly boosting Bora’s service offerings in key areas, such as formulation development, sterile ophthalmic, and niche manufacturing technologies” as part of the company’s offering covering “the entire pharmaceutical supply chain from development through to commercial manufacture across a variety of dosage forms.” (Also see "Bora Bulks Up With Move For Taiwan’s TWi" - Generics Bulletin, 13 Sep, 2022.)

In Europe, serial dealmaker Neuraxpharm continued to swell its operations, including via its acquisitions of Athens-based Brain Therapeutics, which marked its entrance into the Greek central nervous system space, and a portfolio of established products from French major Sanofi. (Also see "Neuraxpharm Boosts Branded Business With Established Sanofi Portfolios" - Generics Bulletin, 18 Jul, 2022.)

And in a deal closely watched by Teva, one valued at just shy of $1bn, or $5.60 a share, Antares Pharma was acquired by California-based Halozyme Therapeutics. (Also see "Teva’s Partner Antares Swallowed Up By Halozyme In $960m Deal" - Generics Bulletin, 13 Apr, 2022.)

Antares is a longtime partner of Teva for several commercialized and in-development generic injectables, including the only AB-rated generic versions of Viatris’ EpiPen (epinephrine) family.

With the likelihood of an independent Sandoz by the midpoint of the year and, in one stroke, a more formidable Biocon and a much-restructured Viatris, albeit maintaining focus on complex generic products, the most significant deals of 2023 have left their mark on industry.

And with another of industry’s major players, Teva, spearheaded by a fresh leader, the former Sandoz and Biogen exec Richard Francis, the Israeli giant could be set to follow with a bolder approach to M&A this year.

Canada’s Apotex Is Snapped Up By SK Capital

Dr Reddy’s Is Pushing For Progress On Multiple Fronts